Historic recordings of waiata, haka and speeches from the day the 28th Māori Battalion arrived home from war are online for the first time. 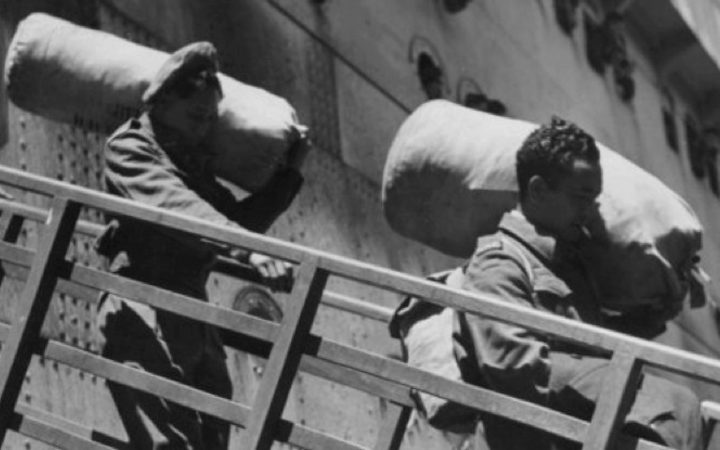 Descendants of the soldiers congregated in Wellington last night to hear the historic recordings of the 1946 pōwhiri, which are part of Ngā Taonga Sound and Vision's second early Māori recordings exhibition.

World War Two came at a great cost for the 28th Māori Battalion - of the 3600 soldiers who left for war, 660 did not return.

Among the dead was Commander Eruera Te Whiti Love, who was killed in El Alamein in 1942.

His nephew, Morris Te Whiti Love, shed tears as he remembered the effect his uncle's death had on his family.

"Early on the battalion lost its commander through injuries and [Eruera Te Whiti Love] was promoted.

"Unfortunately that run as commander was cut short and he was killed. That was a pretty big blow to our family because he was one of its leaders," Mr Love said.

"When they welcomed those who came back, my grandmother was on the wharf to recognise them and his passing."

He hoped younger generations would use the exhibition to remember why the 28th Māori battalion had such a formidable reputation.

"They really fought together. They were effective, they were feared and they looked after each other," he said.

Ngā Taonga Sound and Vision chief executive Rebecca Elvy said the exhibition was about allowing people to see and learn from past.

"They give us an insight into that time - the way that people spoke, the things that they said and how they said them is really helpful to us understanding where we come from and how we got to be where we are."

The exhibition's senior curator, Lawrence Wharerau, said connecting with the voices of kaumātua was a special experience and allowed him to see the unique Māori dialects used in that time.

The Māori Battalion had left a great legacy and he hoped one day all New Zealanders would remember the sacrifices they made, he said.

"The price of citizenship that they paid, using the words of Āpirana Ngata, are still yet to be recognised and realised but e kore e taea i te pō kotahi engari ka taea - it's not going to happen overnight but it will happen."