New Zealand First's recently announced Whangarei candidate and its leader Winston Peters appear to be at odds over the issue of the Māori seats. 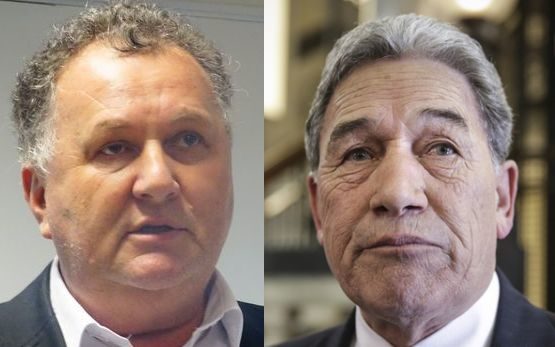 Shane Jones (left) and Winston Peters appear to be at odds over whether Māori seats should be voted on in a referendum. Photo: RNZ

Mr Peters wants the country to vote on the future of the seats in a referendum while Mr Jones wants Māori to determine their future.

Mr Jones is an experienced politician, having been in the game for more than a decade. So when he announced his candidacy for New Zealand First recently he followed up with a number of interviews revealing his views and drawing lines in the sand on policies.

On the issue of Māori seats he told The Hui programme he'd keep them but forgot to tell his boss Mr Peters who was put on the spot earlier today.

"That was a long time ago he wasn't a candidate then.

Morning Report's Kim Hill pressed Mr Peters again but he held the line and said "No, it wasn't this month".

But Mr Jones was officially a New Zealand First candidate when he made the comments just 15 days ago.

"The Māori seats will subsist for as long as people of Māori extraction remain on them or want them to continue, but it's a kaupapa for the people to decide," Mr Jones said.

RNZ asked Mr Jones to clarify his position but he would not comment and referred the query to Pita Paraone the spokesperson for the party on this issues, who is yet to respond.

The Māori seats were introduced in 1867 and many Māori believe the legislation was used to reduce Māori participation in Parliament.