New Zealand First leader Winston Peters has warned the country is on the verge of an economic and social nightmare because of government neglect. 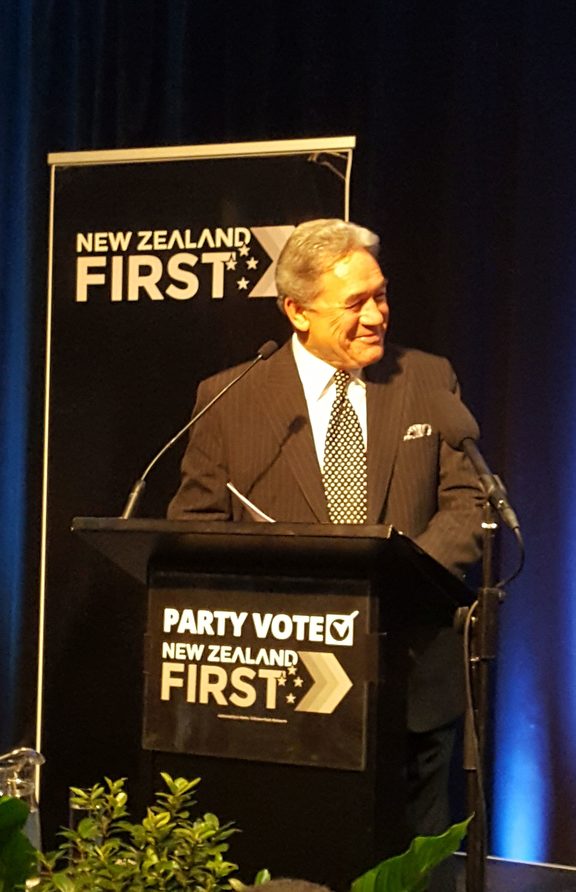 Mr Peters used his election convention speech in Auckland this afternoon to attack the government's record on housing, immigration and foreign ownership.

Mr Peters told more than 500 party members and supporters that if elected, New Zealand First would "drastically reduce" immigration from 70,000 a year to 10,000 - a level that he said was sensible and sustainable.

Mr Peters also said that if New Zealand First was part of the next government, he would let the public to decide whether to abolish Māori seats and cut the number of MPs in Parliament to 100.

He said Māori seats send a terrible message and vowed to hold a mid-term binding referendum on the two matters.

Mr Peters said he expected New Zealand First would be attacked by other political parties for the plan - but said if they did they would be hypocrites.

The last time the public was asked if the number of politicians in Parliament should be cut, 82 percent of people agreed, Mr Peters said.

"Because they've known how long and [how] much time Parliament has spent in the last 30 years getting rid of New Zealand taxpayers' assets - flogging off our wealth".