The Green Party and New Zealand First have not ruled out working together after the September election, despite trading insults over election policies. 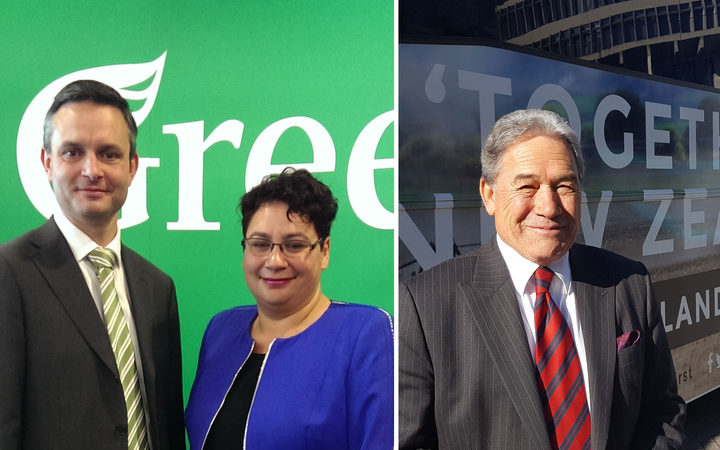 At the Greens' campaign launch in Nelson yesterday, the party accused New Zealand First of practising a form of politics that "sets New Zealanders against each other".

"We've worked with parties where we have significant and serious disagreements. But I don't like that New Zealand First engages in this racist, divisive politics.

"I'm asking New Zealanders to strengthen our arm in the next government so they don't have that type of influence."

Despite their differences, Ms Turei told Morning Report the Greens and New Zealand First did share some common ground, and she was open to working with the party to get into government.

She urged undecided voters to support her party, so it could moderate some of New Zealand First's more extreme policies.

"I don't get to choose who runs, but what I can do is ask the New Zealand public to consider the kind of government they want to create. If they want an inclusive and tolerant government, then strengthen the Greens' arm in that government, because if we do end up having to work with New Zealand First, we want to be able to moderate their worst excesses."

She said she wasn't worried her criticism would push New Zealand First to work with National.

Those comments did not sit well with New Zealand First leader Winston Peters, who issued a warning to the Greens.

"If you think in a political arena you can accuse Winston Peters and New Zealand First of being racist and there be no consequences, then you don't understand politics.

"You saw the last election and the one before that, the Greens - in a campaign - attack the Labour Party on their budget, demand the new finance minister be from their party, demand to have two deputy prime ministers - and these demands have consequences."

Despite this, Mr Peters wouldn't rule out working with the Green Party following the election.