The Māori Party and the Mana Party met today to talk about the "unification" of Māori political parties for the 2017 election, with a deal expected by the end of the year. 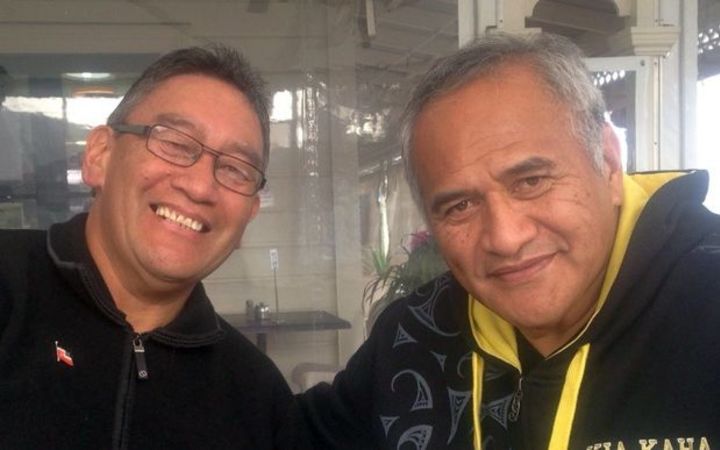 The meeting came after the two parties put their differences behind them in July.

Mana Party Leader Hone Harawira said today's meeting was a follow up to a previous meeting where he and Māori Party president Tukoroirangi Morgan talked about the "unification" of the Māori parties.

Mr Harawira said he was open to a formal merger or alliance with the Māori Party.

Mr Harawira first won the Te Taitokerau seat for the Māori Party in 2005 but walked away five years ago after a spat with current party co-leader Te Ururoa Flavell.

Māori Party president Tukuroirangi Morgan said a working group would nut out what the deal would look like.

"I'm buoyed by the fact that there is a level of enthusiasm and excitement from both sides."

Mr Morgan said both parties accepted there had to be a strategic agreement if they were to achieve better results in the 2017 election.

"Mana has its identity and so do we. But whatever that amounts to, I will let time and people who make up the working party decide."

He said he was not suggesting the two parties would merge to form a new political party.

"The job of the working party is to provide the detail around a strategic agreement."

Mr Morgan said a decision paper would go to both parties' ruling councils before Christmas.

Mr Flavell, as party whip, complained about Mr Harawira's behaviour after he wrote an article in a newspaper questioning the party's direction. He was suspended from the Māori Party's caucus, and the caucus said they had lost faith in him after five years of ill-discipline.

Earlier this year, Mr Morgan took the Māori Party's presidency from Naida Glavish and promised to "take back the seven Māori seats".

Mr Davis responded at the time by saying "he'll tear them apart" - the Labour Party currently holds six of the seven Māori seats.