It's decision time for the Ngāpuhi mandate today, with opposing factions in the long-running dispute set for a show down.

Tūhoronuku - the board approved by the Crown to negotiate the iwi's treaty settlement is voting this morning on a plan to morph into a new authority, led by hapū.

It's been a long time coming.

Today the divisions that have been evident from the start will come to a head at a meeting in Paihia.

Tūhoronuku must decide if it will accept the recommendations of Maranga Mai, a plan drawn up by delegates from both sides of the divide.

It's a bid to fix serious flaws in the mandate, which the Waitangi Tribunal found trampled the rights of Ngāpuhi's numerous hapū.

And if Tūhoronuku won't adopt it, Treaty Negotiations Minister Chris Finlayson has warned it could lose the mandate and Ngāpuhi will go to the back of the settlement queue. 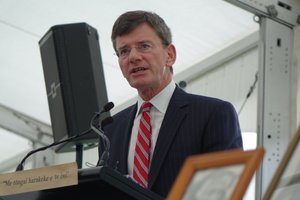 The iwi is the largest, and arguably the poorest, in Aotearoa.

Over the past 30 years it has produced leaders including Matiu Rata, Sir Graham Latimer and Hone Harawira who changed the political landscape and the fortunes of other iwi, through their labours in the courts, or the barricades.

Ngāpuhi secured the landmark Waitangi Tribunal ruling that its chiefs did not cede their sovereignty when they signed Te Tiriti.

But it is the last iwi in the country to settle its land claims.

Te Tai Tokerau MP Kelvin Davis said today's decision was a crucial one for the future of Ngāpuhi.

"We've been running a race for eight or so years; we're two inches away from the finish line and now some people are digging their toes in," he said.

"It's crucial that we just get on with it and just see this through to the end. "

Role of urban Māori a sticking point in negotiations

Mr Sadler is an academic, and also one of Tūhoronuku's two urban Māori reps from Auckland, where 80 percent of Ngāpuhi live.

The right of urban Māori to take part in the settlement has been a major sticking point in the mandate row, and Mr Sadler said it was still unresolved.

But Ngāpuhi living in the South Island say Maranga Mai has fixed it.

The Tūhoronuku representative for Te Waipounamu, Erin Shanks, wrote to the board yesterday calling on it to support the Maranga Mai report unreservedly.

He said the draft report in May did not satisfy South Island Ngāpuhi that they would be fairly represented in Treaty negotiations, but the final report addressed those concerns.

"They've come up with a very workable solution; one that we support, and we see no reason why it should not be adopted in full," Mr Shanks said.

The Maranga Mai model puts hapū in control of the settlement negotiations by dividing the region into five districts, or takiwā, with a sixth takiwā made up of representatives from urban Ngāpuhi around the country.

Each takiwā would select a member for the executive, or administrative body, Te Hononga-Iti.

By contrast, the present board, Tūhoronuku, has 22 members, who were elected in a process the Waitangi Tribunal found unacceptable because members could win a seat without hapū support.

Once the settlement is finalised an entirely new body must be created to manage it.

But it's that plan to divide up the claims that has Hone Sadler and his supporters worried. 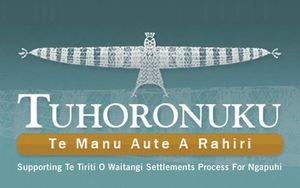 Tūhoronuku has been approved by the Crown to negotiate the Ngāpuhi's treaty settlement. Photo: Supplied

Mr Shanks believes it will result in a fragmented settlement that will drag on for years and let the Crown get away with paying less.

"It will certainly take a lot longer (to settle) and it will bring in a lot less," he said. "And besides, this mandate was predicated on a single settlement."

Moana Tuwhare, the Ngāpuhi lawyer who worked for months on the Maranga Mai model as a Tūhoronuku delegate, disagrees.

"They're jumping the gun in terms of any post-settlement arrangement," she said.

"All we're trying to do is organise ourselves for the actual negotiation, and we are looking at this whole structure. The new structure is premised on retaining a single mandate, and moving together. "

Ms Tuwhare said what will fragment the settlement is a refusal by Tūhoronuku's old guard to budge and empower the hapū.

In that case, she said Tūhoronuku and its mandate would implode.