Musicians and artists will experience a contemporary rolling Māori welcome on the red carpet at tonight's Vodafone New Zealand Music Awards; one of the changes after complaints from top Māori musicians last year. 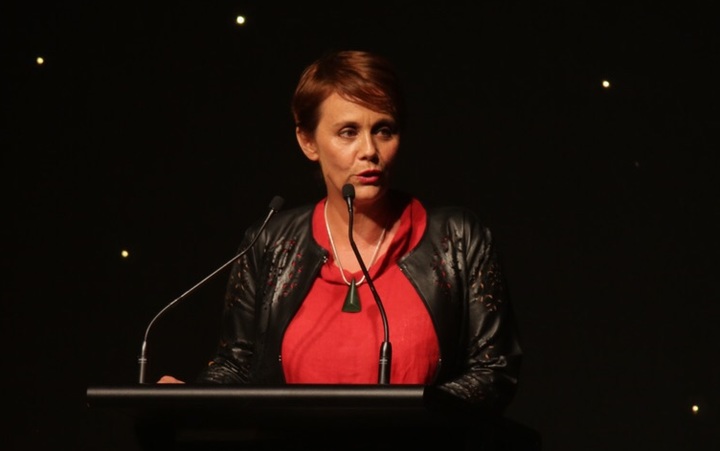 The high-profile group, which included Hinewehi Mohi, Tama Waipara and Moana Maniapoto, criticised organisers after they excluded the Māori album award from the TV3 televised broadcast.

Veteran artist Hinewehi Mohi will this year sing from the same songsheet as the organisers of the Vodafone New Zealand Music Awards.

"This is exactly what we should all be striving for and I think it was really pertenant for Tama to raise concerns around the lack of inclusion."

Guests this year would particpate in a more unique cultural experience, she said.

"It is wonderful it has been really great to have that openess from everyone involved in creating something that's really special, that reflects a tradition that is appropriate, especially for the welcoming on the red carpet its exciting. I really want to applaud everyone that had that openess."

Last year, the show's producers, Recorded Music New Zealand, excluded the best Māori album award from the televised programme. Artist Tama Waipara, who presented the awards, made an official complaint which led to a group revolt from high-profile Māori artists.

When Ranea Aperehama won the award for Māori Album of the Year his acceptance speech ran longer than the commercial break, which led to the show's presenters trying to talk over an acceptance haka.

Following complaints, RNZ asked Recorded Music NZ if they would consider changing the format to include the Māori award.

Chief Executive Damian Vaughan could not give a guarantee, but perfomer Moana Maniapoto was optimistic.

"My intel says it is going be broadcast and I think thats a win-win thing for Māori musicans because any visiablitly to Māori langauge music or music that has the Māori consciouness or identity to it is good for all of us."

It was understood there would be two Māori musicians presenting awards at the event as well as an opportunity for Māori to respond where they won awards, allowing anyone to adher to tikanga Māori where appropriate.

Singer Hinewehi Mohi made headlines when she sang only the Māori verse of the National Anthem before an All Blacks test, but said she was no activist.

"I am very committed to the reo and tikanga of this country and portraying the special nature of our culture to the world and I will always lend my support to making that happen."

Ms Mohi said, "Its going to create a wonderful warm sense of welcoming done in a really appropriate and unique way that is very natural to us and the people of Aotearoa."

The three Māori artist up for best Māori album of the year are Kristin Te Rito, Dennis Marsh and Rob Ruha.