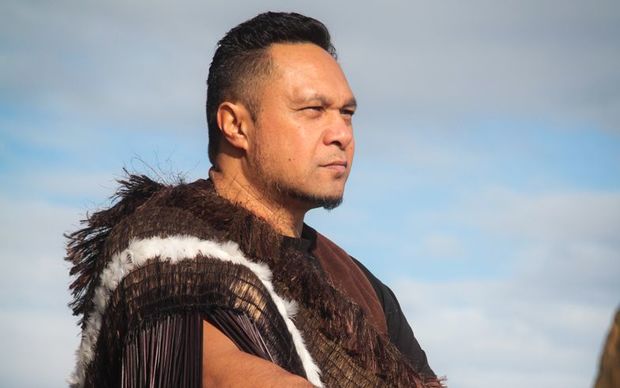 As the television broadcast came back from the commercial break, presenter Dominic Bowden battled to be heard over a commanding haka.

The haka was performed on stage by Mr Aperehama, his partner Kohai Grace and presenter Tama Waipara.

Copresenter Sharyn Casey attempted to acknowledge the haka, a tribute to the late Jonah Lomu, but her attempt was stifled when the camera remained fixed on the two presenters.

It was a messy television moment due to the the show's producers Recorded Music New Zealand opting not to broadcast the Māori Language category, and the haka taking longer than the commercial break to perform.

It has resulted in numerous online and formal complaints.

"Ranea made a wonderful tribute to Jonah, he performed a haka and, honestly, the audience in the stadium reacted with such warmth and appreciation it was beautiful, and people at home would have missed that tribute to Jonah."

Singer-songwriter Te Awanui Reeder said the problem was not restricted to the awards, but existed throughout the entire industry.

"It's just really disappointing, it's happened many a time before and it seems to be the mainstream industry are really neglecting in terms of Māori music and it's just disappointing because we're making some great music."

Recorded Music New Zealand determines which categories make it to TV and which do not. Chief executive Damian Vaughan said a meeting with Māori musicians would be held today to find a way forward.

In a statement, Mr Vaughan did not give a reason for the exclusion of the Māori Language Award, but said the company was mindful of its role in representing all recorded music and recording artists in the country.

Ms Maniapoto said Māori were more than a category.

Artist Tama Waipara, who presented the award to Mr Aperehama, took to social media to call for Māori musicians to be honoured along with the Treaty of Waitangi.

@teradar I think @tamawaipara put it perfectly - NZ music without Maori is like rugby without the ABs (paraphrased for space!)

New Zealand on Air funded the television broadcast to the tune of $166,000 and has been notified of a number of complaints.

A spokesperson said it was sorry but it could not control the content of the broadcast.