After a bitter rift, a face to face meeting has resulted in the Māori Party and the Mana Party seeing eye to eye for the first time in five years. 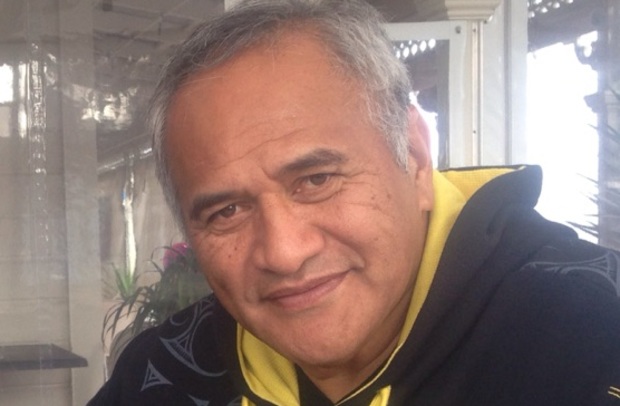 Leading the talks were two St Stephen's old boys, Tukoroirangi Morgan and Hone Harawira, who this morning shared a meal of bacon and eggs at a cafe in Whangarei as they talked Māori politics and Te Tai Tokerau rugby league.

Mr Harawira, who leads the Mana Party, told RNZ News that the two parties came away from the meeting feeling good.

He said he'd always said his door was open to discussion with the Māori Party to find a way forward but they never took that up.

The party's new president had made it clear there was value in a partnership of sorts and, while it was early days, that was a good beginning, he said.

Mr Harawira also said he was open to a formal merger or alliance with the Māori Party.

But, in a statement following the meeting, Māori Party co-leaders Te Ururoa Flavell and Marama Fox said they wanted to reiterate there was "currently no appetite for a formal alliance" between the two parties.

But they said the Māori Party was open to a "more cohesive relationship".

Five years ago, Mr Harawira walked away from the Māori Party after a spat between him and Mr Flavell.

Mr Flavell, as party whip, had complained about Mr Harawira's behaviour after he wrote an article in a newspaper questioning the party's direction. He was suspended from the Māori Party's caucus, and the caucus said they'd lost faith in him after five years of ill-discipline.

At the weekend, the Māori Party announced Mr Morgan as its new president and, within days, he'd begun reaching out to a number of prominent Māori groups, including the Mana Party.

Mr Morgan has said he wants to take a clean sweep of all seven Māori seats, six of which sit with the Labour Party - and, to do that, he'll need friends like Mr Harawira, who still has lots of supporters in the North.

Mr Morgan has also said he won't be satisfied unless the Māori Party wins at least 4 percent of the party vote.

Can the split vote be reunited?

Mr Morgan said earlier that the party needed to take the view that, at the last election, Mr Harawira had more than 9000 people support him and, if the Māori Party had stood aside, he would have won.

Mr Morgan said mahi tahi (working together) mattered, and the focus was clawing back those six seats from the Labour Party.

Questions had been raised over whether Mr Flavell and fellow Māori Party co-leader Marama Fox backed the new president's meeting with Mr Harawira.

When asked before the meeting whether he had the support of Mr Flavell, Mr Morgan said he was the president, not Mr Flavell.

One former Māori politician told RNZ that Mr Morgan might be reaching further than his presidential role allowed, and that usually the president would raise funds and ensure a robust party structure, not organise leadership deals.

But, in the statement this afternoon, Ms Fox said the meeting followed a recent discussion between herself and Mr Harawira.

"It's great that our party president had the chance today to also meet with Hone. His efforts have helped to advance what could be a very important relationship in the lead-up to the next election.

"We want the same thing for our people and we cannot afford to split the Māori vote."

A lot had changed in the last couple of years in New Zealand politics, Mr Flavell told Checkpoint - including, for example, that Kim Dotcom is no longer involved.

Mr Dotcom's Internet Party had merged with Mana for the General Election in 2014.

Mr Morgan's tribal affiliations are to Waikato Tainui and he has been at times spokesman for Māori King Tuheitia, whose niece, Nanaia Mahuta, holds the Hauraki-Waikato seat.

While Mr Morgan said he would unseat her, Ms Mahuta told RNZ she felt confident she had the backing of the electorate she had held since 1999.

One political commentator said if a deal was done in the Māori seats between Mana and Māori, Ikaroa Rawhiti, Te Tai Hauāuru and Tāmaki Makaurau could be up for grabs.

Mr Morgan said he had a line-up of outstanding candidates. He would not reveal names, or even current occupations, saying only that none had ever stood for Parliament.

One potential area which could have seen the deal fall over would be if Mr Harawira had refused to be involved with a party that had "buddied up" with the National government.