A Māori IT company is celebrating its selection as runner-up in an international technology award, beating established multi-national businesses. 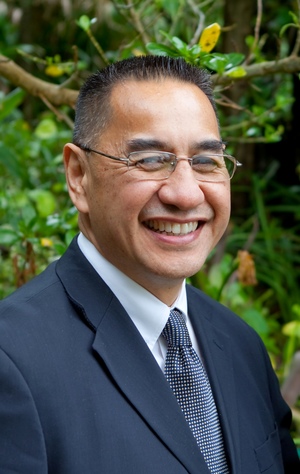 Whānau Tahi competed against about 250 entries to come second in the Microsoft 'Public Sector - Health, Partner of the Year' awards alongside two other businesses.

The award recognises its work in adhering to a whānau ora model and helping an indigenous population as well as vulnerable patients.

The Auckland-based software company is owned by the Waipareira Trust.

Whānau Tahi chief executive Stephen Keung said its app, the 'Whānau Tahi Navigator', allowed people to create their own health plan and goals from two to 25 years to improve their wellbeing.

Mr Keung said that when given permission by the user, other medical professionals such as Māori health providers and doctors were privy to the plan and could support wraparound services.

"When you have a whānau plan and the whānau expresses what their aspirations are, then they can bring their people around them, their doctors, whoever needs to be a part of their team, brings them around that family plan.

"A support person can be anywhere in the world, but if you're part of whānau that's helping and part of the support network, you're able to help."

Mr Keung said there was no other technology five years ago that created a health plan with real domain knowledge.

He said Whānau Tahi looked around for one, but when it was realised no such app existed, it decided to design one itself.

The most important aspect was that the app was a community-built application, he said.

"It was the community that said 'we need something that will help our whānau succeed and achieve their aspirations.

"We know of one whānau, he had renal failure, was significantly overweight and was wheelchair-bound and knew that he needed to change."

Mr Keung said being told "you need to lose weight, you need to this, you need to do that" did not work, but the man's life changed once he was able to take ownership for his health and develop his own plan.

"We asked him 'what do you want to achieve?' and he said, 'I would just like to drive my kids to school' and he was able to work out if he was to do that he needed to take all these other steps.

"In the same year he dropped his weight down and was better able to better manage his situation. Then he began driving his kids to school.

"It's being able to have and give whānau their own voice in their journey, that's what we've achieved."

Whānau Tahi will attend the awards ceremony held in Toronto, Canada, as part of Microsoft's Global World Conference, where up to 30,000 partners attend.