New statistics reveal Māori home ownership has plummeted in the past 27 years, with the rate in some parts of the North Island dropping by as much as 40 percent.

The report from Statistics New Zealand said, since 1986, the average drop in the ownership rate was 20 percent for Māori, compared with 15 percent for the total population.

With stories of homelessness and squalid rental properties in the spotlight, Māori housing organisations said the figures made for sober reading.

The report used census figures from 1986 through to 2013 and found, while ownership rates for all New Zealanders peaked in 1991, when three quarters of the population had their own homes, it had been all downhill for Māori and Pasifika since then. 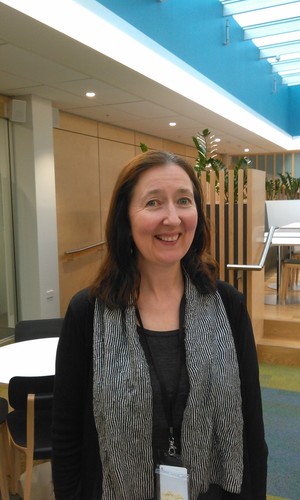 The report's author, Rosemary Goodyear, said as well as big falls in home ownership in the cities, Māori ownership in provincial towns had also suffered - with the Far North particularly affected.

"In the worst hit areas for Māori, declines in home ownership were close to 40 percent and that was in the Whangarei, southern Auckland, Tauranga, Rotorua and Hastings urban areas."

The decline in home ownership rates for all Pacific people in Auckland was similar, down more than 40 percent in Western and southern Auckland, Dr Goodyear said.

The number of Māori having to rent privately had risen dramatically, she said.

"It's increased by 88.3 percent since 1986, so we know that there's been that large increase in Māori living in private rentals as well as a fall in people living in owner-occupied dwellings and that compares with a fall for the total population of 42.7 percent."

Dame Tariana Turia, a former associate minister for housing and co-leader of the Māori Party, was not surprised.

More Māori had lost their jobs since the 1980s and those that were in work could not afford to buy their own home, Dame Tariana said.

She believed the solution was to introduce a living wage.

"There's a really significant and serious issue. It seems almost unbelievable in a country that essentially is the land of 'milk and money' - that's how they used to describe us, that people can no longer even get a decent living from being here in their land. I think it's shocking."

Chairperson Rau Hoskins said many of the issues around health, education and crime stemmed from housing problems.

"If the government can actually see that, if they spend a dollar in housing, they will save many dollars throughout the rest of the government's expenditure."

Labour MP for Ikaroa-Rawhiti Meka Whaitiri urged the government to take urgent action to reverse the figures, saying they made for grim reading.

"Some of those renting are living in substandard properties which are making them and their kids sick. Preventable illnesses such as rheumatic fever cause life-long health complications."

"That reinforces all the reasons why there needs to be changes in housing policy.

"If I take a scheme like HomeStart, which is the most generous support that government has provided for more than a generation through KiwiSaver, giving grants and assistance specifically for home ownership - those are the sorts of things that we need to do to turn around those figures.

"It reinforces the need for some fundamental reform in the way in which housing occurs, otherwise we will see the negative statistics continuing.

Statistics New Zealand said it hoped the information would be useful to those developing policy around home ownership and renting.