About one in every 100 New Zealanders don't have a home to call their own, according to a new study.

Researchers from the University of Otago found that in 2013, more than 41,000 people were staying in severely crowded houses with family or friends, or in boarding houses, camping grounds, in cars or on the street. 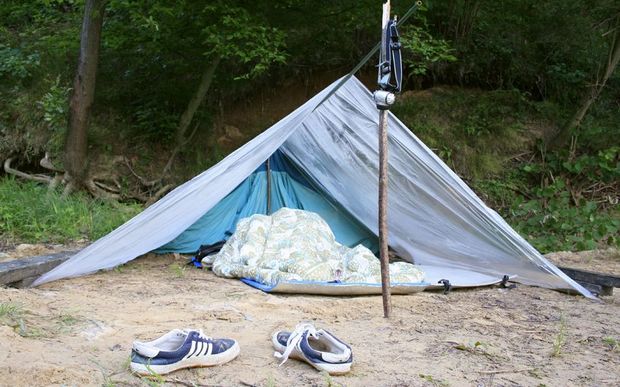 Researchers say people are living in camping grounds, cars, the severely crowded houses of family or friends or on the street. Photo: 123RF

Concerns over homelessness have come to the forefront in recent weeks, with growing reports of New Zealanders forced to stay in cars, garages and other substandard accommodation.

The information came from the most recent Census and severely housing deprived data available, and researcher Kate Amore said the number had grown by 19 percent since the 2006 census.

"Homelessness is worsening in New Zealand in terms of both numbers and as a proportion of the population. This upward trend accelerated between the 2006 and 2013 censuses, compared with the 2001 and 2006 period," said Dr Amore.

The study found that if the homeless population were 100 people, 70 were staying with extended family or friends in severely crowded houses, 20 were in a motel, boarding house or camping ground, and 10 were living on the street, in cars, or in other improvised dwellings.

"Something needs to be done about affordable housing for people on low incomes."

The research, which followed an official statistics programme report published in 2013, was funded by a Lottery grant.

The numbers did not include those living in emergency housing accommodation, such as night shelters, with a subsequent report focusing on that group.