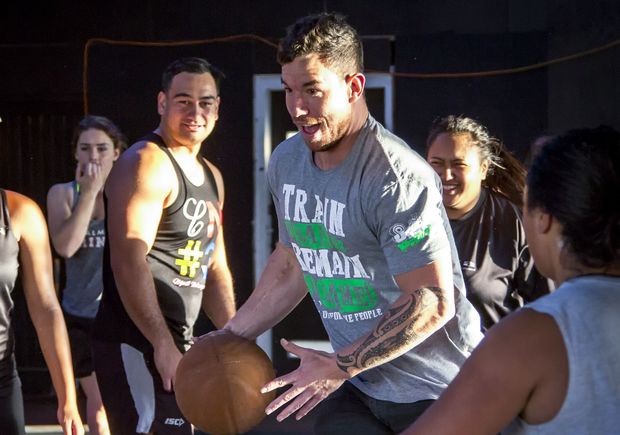 But many Māori are fighting back against the bulge, and Levi Armstrong of Ngāti Kahungunu is one of them.

Chief executive and one of the founders of Patu Aotearoa, Mr Armstrong said his life was not always as disciplined as it is now.

He was brought up around gangs, with his father and uncles involved.

That was the catalyst for him going to university and getting a degree in sport and recreation.

He said he managed to turn his life around and now he and his organisation help others do the same.

"It made me think I better go get my arse into gear, go do some study. In my last year I thought there's huge health inequities and maybe we can help bring those stats down through Patu. 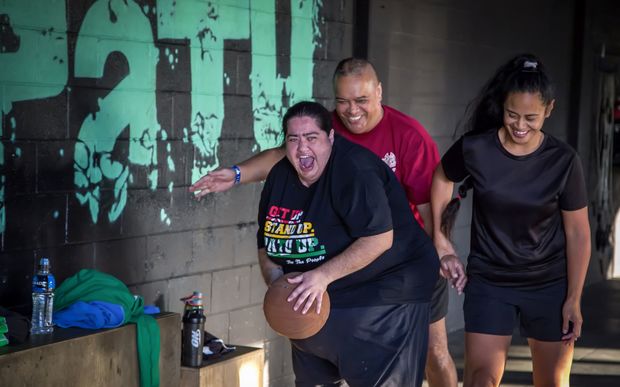 "We're on our way there, but at the same time I'm trying to inspire other young rangatahi that may be slipping down the wayside that 'hey we can go on this pathway'.

"Being brought up in the gangs, you only see one side of them, and we're trying to create another pathway. My cousin who works here - his old man's a gang member so he's done really well for himself. If we can get more people on the same waka, that's great." 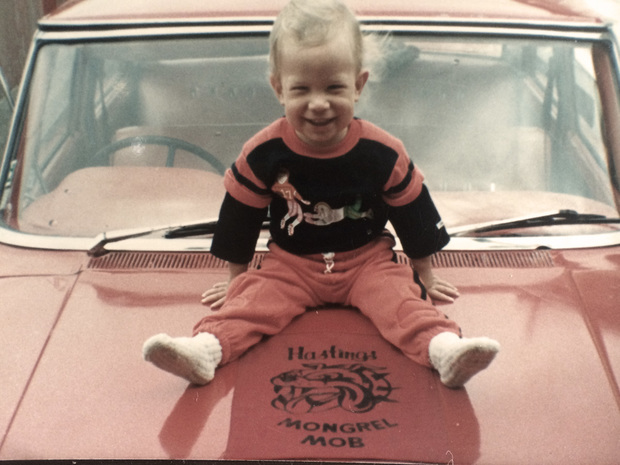 Levi Armstrong, whose father and uncles were involved with gangs, is aiming for his fitness group Patu Aotearoa to have a healthy influence on Māori. Photo: SUPPLIED

The kaupapa of Patu Aotearoa is to engage with whānau by employing Māori tikanga (customs) and group exercise programmes, with the trainers going into workplaces, schools and marae.

The programmes have proved so popular that Patu expanded from its Hastings base to other rohe (areas) and is on its way to becoming a national movement.

The trainer said other iwi were keen to get involved.

Patu started in 2012 with 12 obese Māori and Pacific Island men who Mr Armstrong described as being like father figures to many of the whānau.

He said the aim of Patu was to bring people into a group environment, where whānau could all work together and push each other. The collective effort fitted with Māori tikanga, he said.

Mr Armstrong said two of the original members were brothers who used to be in the army. They were very athletic growing up and played rugby, but had lost their drive to exercise when they gave the sport up. 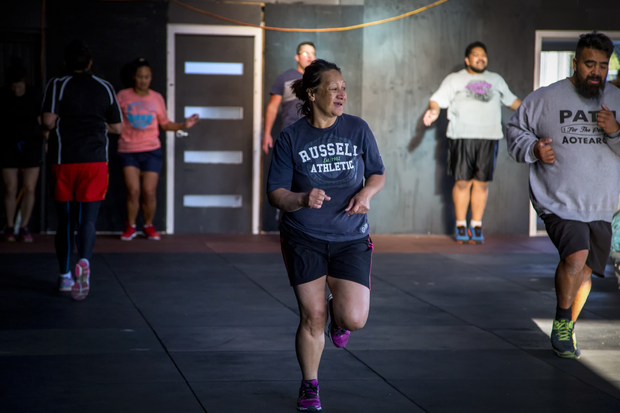 Mr Armstrong said he got a wake-up call when he went hunting with the brothers.

"They were eating three loaves of white bread with the pig they caught.

"It really woke me up. For me as a trainer getting out of the gym and going into the bush and realising the way these guys were living really opened my eyes in terms of nutrition."

He said it made him aware of the need for more education about food and the need to change people's mindsets.

Through Patu, one of the two brothers, Richard Cooper, halved his body weight.

"He set some goals along the way. He fought in the Battle for Life for cancer, he did Iron Māori. It's about setting little goals and celebrating those milestones.

"He's inspired others and now they're losing weight. It's just been through word of mouth and whānau have said, 'aw cuzzy's done it, I can do it'.

"It has to be a whānau approach, not a one-person approach."

Having been a personal trainer, Mr Armstrong found that was not as rewarding as working with a group.

"Pushing each other while playing loud music, playing some Bob Marley sounds and other music that's going to get our whānau moving."

Mr Armstrong and the other trainers had also seen success with gang members, he said.

"I've been brought up with a gang background, and my old man and my uncles in the gangs, and having those affiliations has inspired me to support some of those boys into some healthier lifestyle choices."

One of the trainers who is still a gang member was released from prison about four years ago, and had since become involved with Patu, Mr Armstrong said.

"That trainer's changed his life around from hurting people to now helping people."