Ngati Kahu ki Whangaroa has signed its deed of settlement with the Crown, giving it financial redress of $6.2 million. 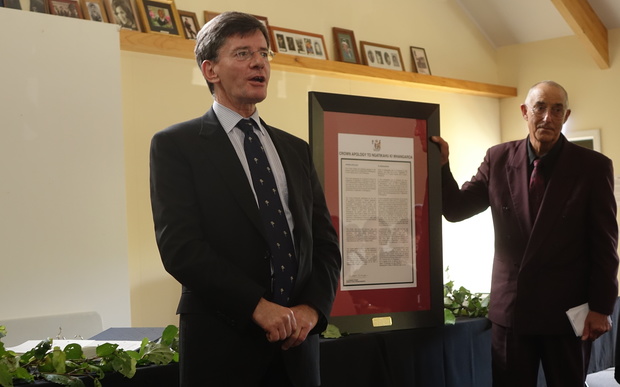 The northern iwi has also been given cultural redress of $300,000 for a reserve management plan at Kowhairoa Peninsula.

The minister accepted a wero by local Maori but during the powhiri protesters made it clear they didn't agree with the settlement.

Reading out the Crown's apology at Otangaroa Marae just north of Kaeo this morning, Treaty Negotiations Minister Chris Finlayson acknowledged the money the iwi was getting was small compared to the land it had lost.

"The combined impact of Crown actions and omissions mean that today, Ngatikahu ki Whangaroa owns only about 3 per cent of its ancestral lands and most iwi members are forced to live outside their rohe," Mr Finlayson said. 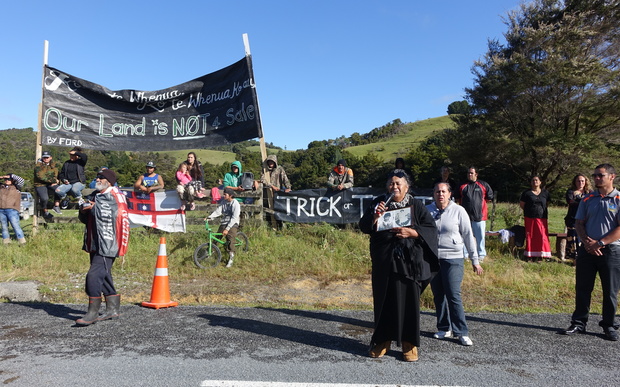 Some iwi members did not agree with the settlement Photo: RNZ/ Shannon Haunui-Thompson

Mr Finlayson called the return of Stony Creek Station the centrepiece of the settlement, but said work still needed to be done within the iwi to determine ownership and management.

The Stony Creek Station site will initially be vested in the Kahukuraariki Trust, the Post-Settlement Governance Entity (PSGE) elected by iwi members.

Decisions on the future of the station will be made in consultation with every adult member of the iwi.

"While no redress can ever fully compensate for the wrongs of the past, this settlement provides a base for a strong economic and cultural future for Ngatikahu ki Whangaroa and marks the beginning of a new relationship with the Crown," Mr Finlayson said.