A South Taranaki hapū says its historical treaty claims are about to be settled despite the fact it hasn't negotiated anything with anyone.

Āraukūkū fears it will lose authority over its remaining lands through the Ngāruahine Claims Settlement Bill, which is on track to be made law.

An Āraukūkū treaty claim has been put in the deed of settlement with its iwi, Ngāruahine.

But the group that negotiated the deal had not spoken to Āraukūkū and was not giving the hapū a say on how the $67 million compensation would be handled, the hapū said.

"So this claim is going to be settled by this legislation apparently, without these people being approached, heard or thought about?," he said.

"In my experience, and I've acted for a number of groups and I have done for a number of years, I've been in the tribunal as a registrar, I haven't seen anything like this." 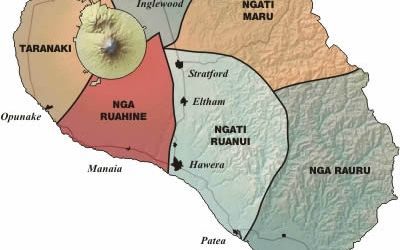 In 2003, Āraukūkū was written into the Ngāti Ruanui settlement without its permission.

After that, it was told it would be able to settle its claims through Ngāruahine's negotiations.

Hapū supporter Greg White challenged a statement that the chair of the committee, Tutehounuku Korako, made earlier this week. 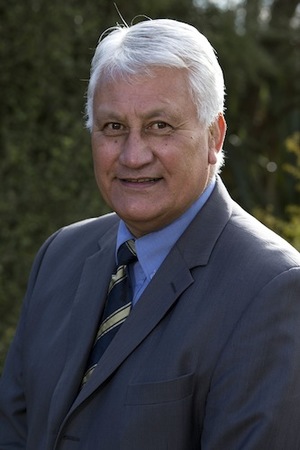 "Mr Chair, you said that Āraukūkū was not unique, this problem is everywhere. I would argue that it is unique. This is the first time that a hapū [with] historical claims are going to be settled without any involvement at all in any negotiation process."

The hapū wanted all reference to it and its claim removed from the bill.

A bid for an urgent hearing in the Waitangi Tribunal was rejected and an appeal to the High Court failed too.

Mr Bennion said the hapū had turned to the Court of Appeal.

"If this bill is passed in its current form, we will probably try and get a declaration from the Court of Appeal that there's been an injustice. Similar to the High Court ruling of a few weeks ago about parliament passing legislation that appears to negate rights that exist."

Ngāruahine lead Treaty negotiator Daisy Nobel worked on behalf of six hapū and said Āraukūkū was not one of them.

She said that was why it had not had, and would not get a say on the settlement.

"I have negotiated in good faith for these six hapū. You want us to include Āraukūkū? Ka pai tērā [that's fine] but it's going to cost you another $30 million. Because the quantum we receive was based on the loss of land for these six hapu."

Ms Nobel said she told Treaty Negotiations Minister Chris Finlayson that the Āraukūkū claim would not be part of its deed.

She said the minister questioned his officials, who could not say why it was there.

But Ms Nobel said it was for the Crown to tidy up, and it should not delay Ngāruahine from having its bill legislated.

The Māori Affairs Select Committee will make recommendations but submitters were told that it did not have the power to remove aspects of the bill. 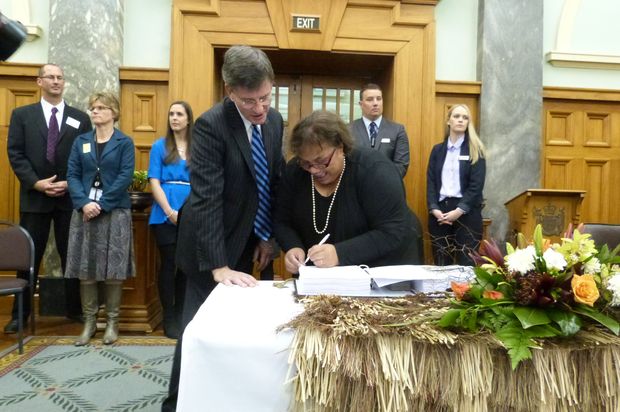