Te Reo Māori has been given a boost with the revival of an influential language society based at the Victoria University of Wellington. 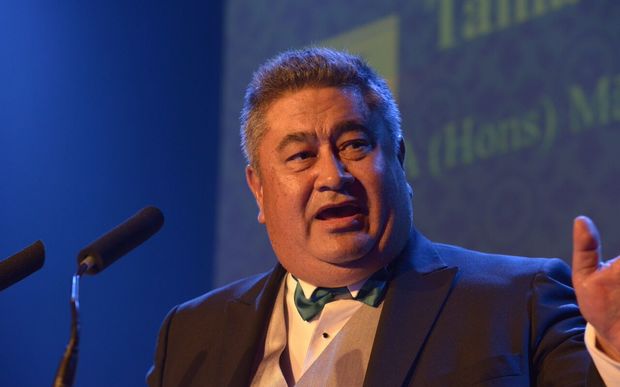 In the 1970s, the Māori Language Society was pivotal in pushing the Government to declare Māori an official language. Now, it's making a comeback.

The society was originally created in the early 1970s before being dissolved over a decade later.

It was a key group in the campaign that led to the Māori Language Act in 1987, making it an official language.

For respected Tūhoe leader Tamati Kruger, the mere mention of the society brings back a flood of positive memories.

As a young man, he was a founding member and served as the society's president.

Mr Kruger said the club was very politically active and he took part in campaigns to pressure the Crown to change the law.

"We pushed for legislation to give some substance and commitment by the Crown to Te Reo and also improve the use of Te Reo in television, radio and in the media."

He said Pākehā as well as Māori students were members of the society.

Besides fighting for legislative change, the club was a chance to hone their reo skills, he said.

"It was a great club, we would learn poetry, songs, help each other with our homework and strengthen our general knowledge on things Māori."

Mr Kruger said Te Reo was what made Aotearoa unique but many people did not realise its importance until they were in a different country.

"When many New Zealanders go on their overseas experience, they're surprised by the pressure and the expectation from other cultures about their knowledge around Māori because it's the thing that makes New Zealand special.

"Everyone's got a harbour bridge or a skytower and beautiful scenery but not everyone has Te Reo Māori."

Mr Kruger, who was recognised this week with the Victoria University's Distinguished Alumni Award, said he was glad the Māori Language Society was reborn in April.

The man behind that is Māori studies lecturer Vini Olsen-Reeder, who has given the society its proper Māori name - Te Hohaiti o te Reo Māori ki Wikitoria.

He said so far more than 100 people have registered as members.

"Our main purpose really is to open up access for our Māori language students at Victoria to somewhere they can come and kōrero Māori in a relaxing, non-threatening environment, but also somewhere that's outside of the classroom so it's about opening up access to different kinds of areas or domains of Māori language use."

Mr Olsen-Reeder said it was through the education system that the revitalisation of Māori language was occurring but that could be restrictive.

He said he hoped more people would use it in their day-to-day communications.

"I'd really just love that if we see each other on campus to just change the way we operate, from saying 'Hello, good morning' to just being able to converse in Te Reo."

Mr Olsen-Reeder said he hoped the club would become as distinguished as it was in the 1970s but survive for decades.