One of Wellington's newest restaurants is serving its diners Te Reo Māori- as an extra language on its menu. 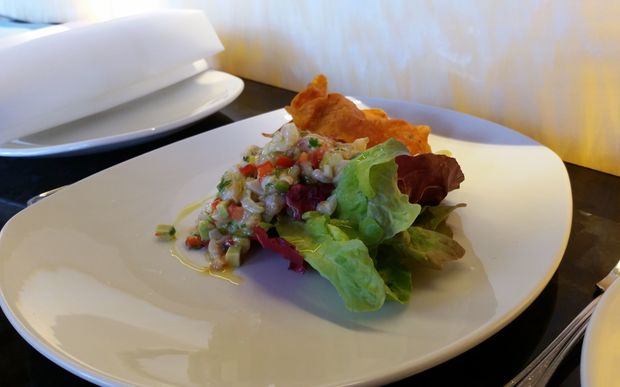 Whitebait co-director Louise Hoather, who is Pākehā, said that besides the Wharewaka she did not know of any other mainstream restaurant that would even consider using Māori language on the menu.

She said they wanted to acknowledge Te Reo as part of their kaupapa on kai.

"It's critically important because it reflects part of what we think is important to New Zealand in a celebration of our philosophy towards food in our restaurant," said Ms Hoather.

"It celebrates New Zealand and we couldn't see having that celebration without acknowledging something that's really important [such as] Te Reo [and] the Māori culture. It's just a tiny little thing that we are trying to do."

Acting chief executive Poia Rewi said it was rare for a restaurant to approach the commission, but he was glad Whitebait had set the precedent.

"It's been a privilege to be able to assist anyone in areas where the language will find some niche where maybe it didn't have a place and where it can be fostered, and hopefully it can be developed further," said Mr Rewi.

He said Māori language and food work well together and he hoped using Te Reo would become second nature in New Zealand restaurants.

"Food is one thing that everyone does [and] so some researchers will tell you that language around the kitchen area, the cooking area ... are some of the thriving areas where language transmission is maintained between parents and their children.

"So, it's a natural progression if you take it [Te Reo] to areas such as restaurants."

Louise Hoather said the use of Māori language on the menu was a deliberate choice to link in with the atmosphere she wanted to create for diners. Tables at the restaurant are made from rimu and wooden skirtings from New Zealand beech, lightshades are shaped like paua and the carpet has patterns of flounder and eels.