Two bus-loads of Ngai Tūhoe whānaunga have travelled to Wellington to be guests of the police, in a further step to repair relations between both parties.

Links were severely strained when officers carried out armed Te Urewera Raids of 2007. 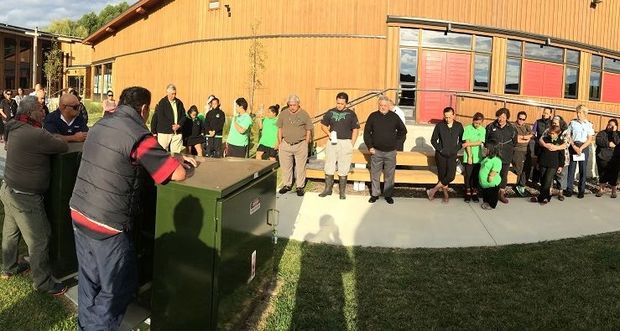 Ninety one Tūhoe people - 73 of them tamariki - have come by bus to the capital.

In the words of the Tūhoe tribal headquarters - Te Uru Taumatua - a concerted effort is being made to put the past in the past.

It says 'an excited' group of children left Tāneatua yesterday.

All three schools were affected by the raids.

Police are putting on a tour for the children; taking them to the police college, the Maritime Unit, Te Papa, Carter Observatory, and a cruise around Wellington Harbour.

The police invitation to the capital came after senior officers made an apology to the Rūātoki community last August.

While they did not apologise for carrying out the raids, they did express regret for the hurt they caused to the innocent people caught up in their operation.

The raids were ordered when police searched for people they believed were involved in military style training camps in Te Urewera.

The Independent Police Conduct Authority report into the raids found that road blocks were unlawful and told police to rebuild their relationship with the people of Tūhoe and the residents of Rūātoki.