Police have apologised to the Ruatoki community and the Tuhoe people for the wrongdoing that occurred during Te Urewera raids at a gathering at a marae at the Bay of Plenty settlement.

Police have not apologised for carrying out the raids, but have acknowledged the hurt and loss they caused to innocent people caught up in the 2007 operation. Commissioner Mike Bush said the mana and credibility of the Tuhoe people had been damaged. 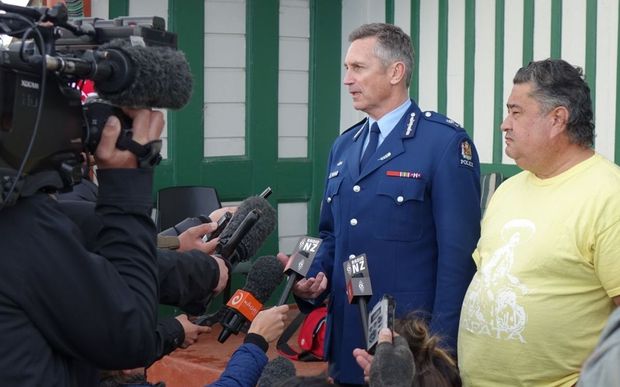 In October 2007, officers set up two unlawful road blocks in the area, detained innocent people and searched private property while hunting for people they believed were involved in military-style training camps in Te Urewera Ranges.

Police believed more than 60 people had attended six training camps in 2006 and 2007 and that they had used a range of weapons, including Molotov cocktails, and had been practising ambush and interrogation techniques.

The investigation team claimed to have intercepted phone conversations between some participants talking about going to war and using extreme violence.

During the operation, police set up road blocks in Ruatoki and in Taneatua. The road block in Ruatoki was manned by 16 Armed Offenders Squad members. Almost everyone who drove along that section of state highway that day was stopped, their car searched and a photograph taken of them. 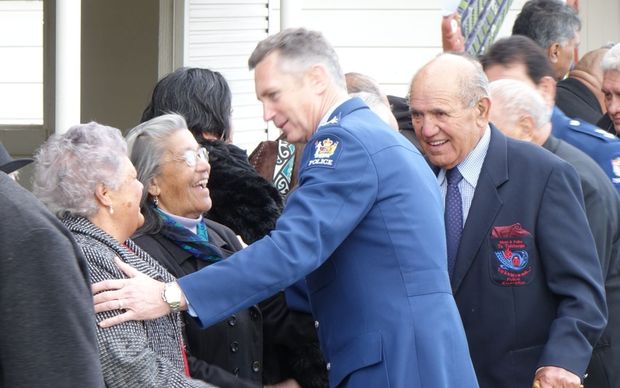 On Wednesday, Police Commissioner Mike Bush said he felt people's anger during his official apology alongside about 90 other officers at Te Rewarewa Marae. It follows an apology to specific families in July this year.

Mr Bush and other officers apologised privately inside the marae before the commissioner made a public statement, telling reporters there were several things to say sorry for.

"Especially in respect of searches and detaining people that were unlawful, so we have apologised for that. Also just in the way that we actually treated people - with disrespect, particularly the innocent people the young people - the tamariki, the mokopuna - that were involved."

Mr Bush said the hurt that officers caused young children upset him the most. "The operation that was conducted was necessary and that's been played out through courts. It was the way we completed that operation, the way we dealt with particularly the innocent people."

The commissioner admitted there were instances when police failed to meet the accepted standards at road blocks set up. He said the situation that some local people were placed in, the fear that was caused, and the harm done was unacceptable.

But a kohanga reo worker says the apology hasn't addressed the issue of how children were treated at the road blocks and when houses were searched.

Mere Nuku was one of those forced to get out of her car while it was searched by armed police and is still angry about a bus full of children being stopped.

"And all I, we asked for when we marched was not for compensation, not for apologies - but for the Government to legislate that it would never happen again to children."

Some speakers at Te Rewarewa Marae felt that the Police Commissioner at the time of the raids, Howard Broad, should have made the apology. 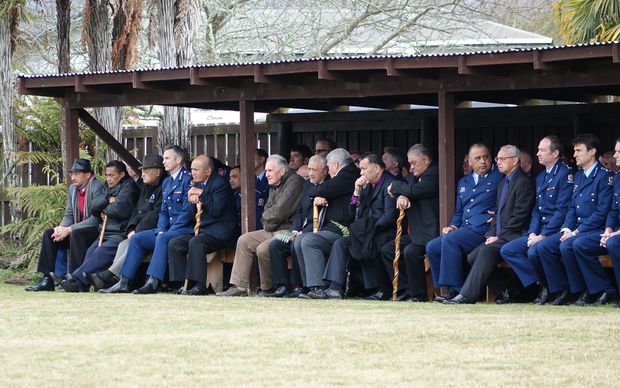 Apology 'accepted by most' in Tuhoe

Tuhoe spokesperson Tamati Kruger says people on Wednesday wanted to hear police admit that they were wrong and made a horrible mistake. He said the apology has been accepted by most Tuhoe people, but not all.

"The spirit that was there in the house today was that it was well received, the sentiment, the personalised apology was there, and it was accepted readily." 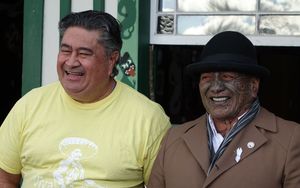 Mr Kruger believed Police Commissioner Mike Bush was sincere in his apology and it is time to move forward.

"As the commissioner said: this is a beginning, not an end to the relationship. We are rebuilding it, we both believe that there is a road that we have to take. This is a really good start."

Tame Iti, one of two men jailed for possessing firearms and a Molotov cocktail at the time of the raids, said he has carried pain and suffered abuse for some time, so Wednesday's apology is important.

The Independent Police Conduct Authority said the road blocks were intimidating to innocent members of the Ruatoki community, particularly given that officers were armed.

Police searches were also carried out at the homes of people the police thought were involved.

The authority received four complaints from Ruatoki people who said they were made to feel like suspects while the property searches were carried out.

At the time, police claimed to be dealing with a volatile group and they thought there may have been some sympathisers in the surrounding towns.

But the authority found this was never proved. It also found the road blocks were unlawful and told police to rebuild their relationship with the people of Tuhoe and the residents of Ruatoki.

In May 2012, Tame Iti and Te Rangikaiwhiria Kemara were jailed for two-and-a-half years for possessing firearms and a Molotov cocktail. The following month, Urs Signer and Emily Bailey were sentenced to nine months' home detention on the same charges.

The jury could not reach a verdict on the charge of participation in an organised criminal group. 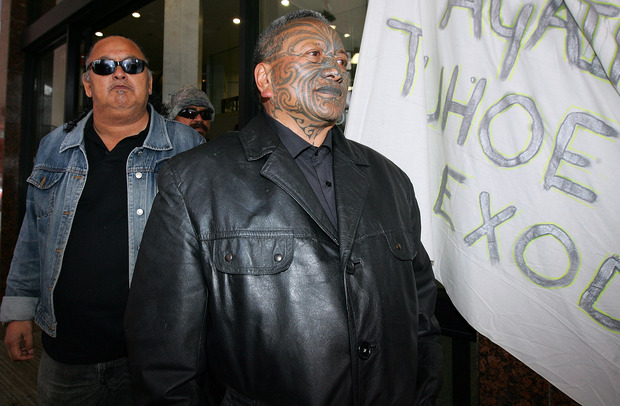 Tame Iti outside Auckland District Court in December 2007. He was sentenced to jail in 2012. Photo: GETTY IMAGES