Tairāwhiti tribe Ngāti Porou is applying for customary marine title for a "reasonable" stretch of the coastline in its territory, as it seeks to protect its beaches, it says. 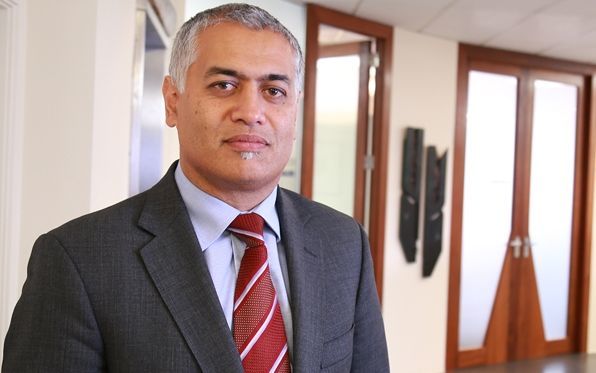 Matanuku Mahuika says applications will reflect the tribe's past and present use of the foreshore. Photo: SUPPLIED

Ngāti Porou has been busy gathering information about its members' traditional use of their coastline.

It is putting that history to the Government, which will decide if the tribe's property rights on the East Coast are recognised under the Marine and Coastal Area Act.

Mr Mahuika said while it was not bidding for rights to all of their coastline, its applications will reflect the tribe's past and present use of the foreshore.

"We never went into it with a target. It was always about obtaining recognition [and] protection of the relationship that hapu, our sub-tribes, have with the different coastal areas that they occupy. We always understood that establishing customary title is a factual matter and would come down to the history of those individual areas and the evidence".

Interest in gaining rights is building. In a briefing from the Ministry of Justice last month, officials told the Government:

"The number of applications the Crown has received from iwi, hapu or whanau under the Marine and Coastal Area Act has increased steadily since April 2011. At September 2014 there had been 37.

"You will be required in the next 12 months to make the first ministerial determinations on whether or not the tests for customary rights have been met for Ngati Porou."

Indeed, Treaty of Waitangi Negotiations Minister Chris Finlayson said he expected to make his first customary marine title decision under the new law in the middle of next year. In a statement, he said:

"Officials are working with Ngāti Porou to finalise material for Dame Judith Potter's consideration. I expect Dame Judith to report her expert view to me mid-2015.

"Tomorrow [Friday], officials and Ngāti Pāhauwera will present the collected evidence to the Independent Assessor I appointed for the Ngati Pāhauwera determination, Hon John Priestley QC. I expect that this determination will be the first decision I make under the Act for customary marine title. I expect to make this decision mid-2015."

If Ngāti Porou and its hapu don't get what they want from the minister, Mr Mahuika indicated that the sub-tribes would challenge the Government in court.

"Whether or not those matters go to the High Court will ultimately be a call for the hapu. Depending on the decision, they may well just want to test it to satisfy themselves, satisfy their people that in this instance customary title hasn't been established."

What is customary marine title?

Customary marine title is a different sort of title from fee simple title. It comes from a common law concept which recognises property rights of indigenous people that have continued since or before acquisition of Crown sovereignty to the present day.

The test for customary marine title

According to the Ministry of Justice, an applicant group must prove that it: holds the specified area in accordance with tikanga; and has exclusively used and occupied the specified area: from 1840 to the present day, without substantial interruption; or from the time of a customary transfer until the present day, without substantial interruption.

[Source: the Ministry of Justice]