A Tauranga Maori historian has questioned the Prime Minister's knowledge about New Zealand's history. John Key is standing by comments that the country was settled peacefully. 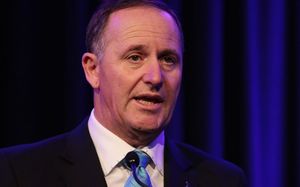 Mr Key made the comment last week on iwi radio station Te Reo Irirangi o Te Hiku o Te Ika and said that Maori probably acknowledge that settlers had a place to play and bought them a lot of skills and capital.

Historian Awanuiarangi Black said based on those comments, he is unsure if Mr Key does know about New Zealand's history considering how the colonial government forcefully confiscated Maori land in Tauranga in the 1800s.

Mr Black, who composed a haka about the grief his ancestors suffered when Crown troops attacked Pukehinahina or Gate Pa in 1864, said the Prime Minister must have a very shallow knowledge of New Zealand's history.

Mr Black said the haka that he composed with Reweti Te Mete gave a very tame account of what really happened when British troops invaded Pukehinahina. He said some of the stories he had heard about that battle and similar ones around the country with other iwi fighting against the Crown were pretty horrific.

But John Key said he absolutely stands by his comments and believed he is right. He said the colonisation period is between 1845 and 1875 and defines settlement at the point which the Treaty of Waitangi was signed, which he says was peaceful for the most part.

Mr Key said there would always be people who said settlement took place after that, but that was not the context of his comments.