The president of China has attended an agriculture show in South Auckland at which a major deal with Maori-owned dairy processor Miraka was signed. 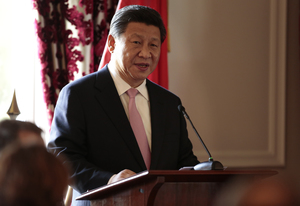 Xi Jinping said he was keen to improve New Zealand and China's cooperation in agriculture.

The agreement was signed this afternoon with one of China's largest dairy companies, Mengniu, and Shanghai Pengxin, which has dairying interests in New Zealand.

Miraka chairman Kingi Smiler said the deal meant the company must expand rapidly and over the next five years they would look at quadrupling production capacity.

Mr Xi was due to fly to Fiji this afternoon following his two-day trip to New Zealand.