The Chinese President has told a business lunch in Auckland that he wants to continue to build on the China New Zealand relationship in a way that will be economically beneficial for both nations.

It was Xi Jinping's only public speech during his two-day visit. 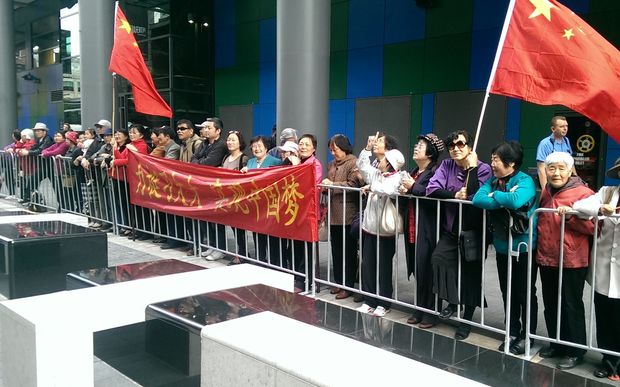 A chinese dragon danced the President into SkyCity to the sounds of a haka.

Mr Xi told the 300 people there he was pleased to be back in 100 percent pure New Zealand.

He said China wanted to elevate the relationship between the two countries by working on long term development and economic strategies that were mutually beneficial.

He also said he wanted to consolidate co-operation in agriculture.

Supporters and protesters were outside the SkyCity Hotel in Auckland as Xi Jinping arrived for the meeting.

About 40 supporters waving Chinese flags were metres away from a small group of Falun Gong protesters calling on the Chinese government to stop persecuting them.

President Xi Jinping met with 20 members of the New Zealand-China Council, and signed a deal encouraging better relationships within smaller centres of each country.

Mr Xi talked to each of the council members for a few minutes. 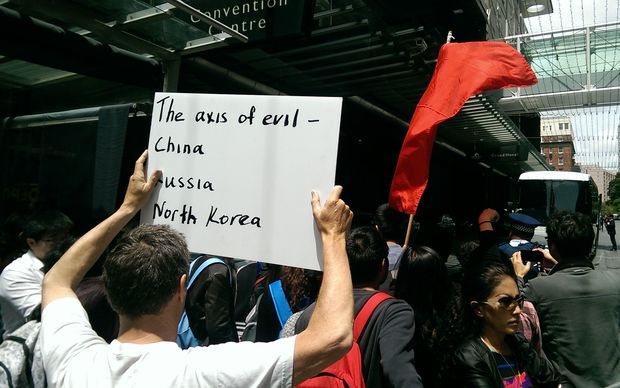 The President also launched the New Zealand China Mayoral Forum, billed as a regular exchange between mayors and governors of the two countries which it hopes will yield significant economic benefits for New Zealand.