There is a joke that once the dust settles after a nuclear war, the only thing left will be cockroaches… and they'll still be trying to sell rugby to America. As the All Blacks once again ready themselves for another test in the US, that gag at least got a laugh out of NZ Rugby (NZR) CEO Mark Robinson as he prepared to fly out and meet the team in Washington DC. In a sombre week for the game here, Robinson is upbeat about the latest crack at a supposed goldmine that has failed to yield much in 25 years of professional rugby. 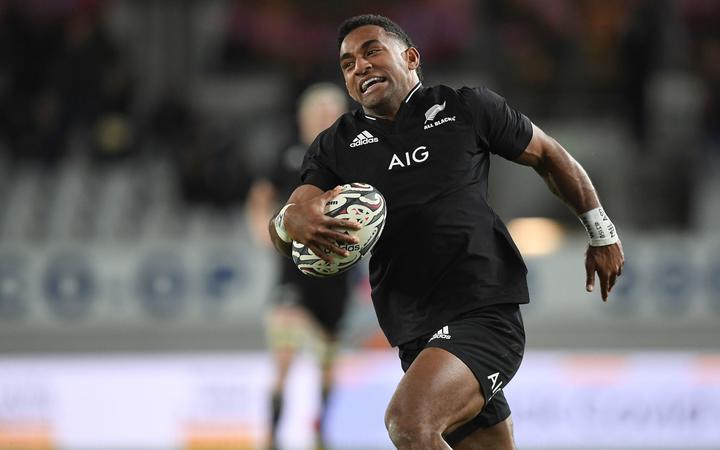 Much other than a substantial windfall for NZR for taking the all powerful All Black brand there, that is.

"We see North America as somewhere we want to have a strong presence. The financial aspect is a key part of that and I don't think we've ever shied away from that," he says. 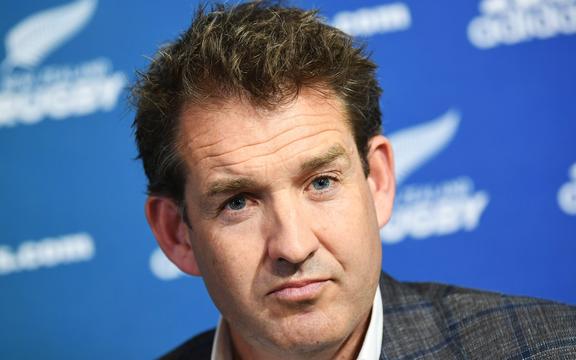 "We have to look at a range of different revenue sources and opportunities, so clearly that is a key part. More broadly though, we feel a responsibility to grow the game worldwide. There are restrictions around player welfare and the global calendar… but we see Asia and North America are both very mature sporting markets."

It is nice to hear Robinson be upfront about the $2-3 million pay day this game will generate for NZR, but in this day and age even the most cynical won't be begrudging them for taking that cash. It's the talk of promoting growth in the game that really gets people wincing, however Robinson says there is more to the America First project than just handing out hidings to their national side.

"We need to recognise that just playing one off games like this is not going to be the strategy that will grow depth and breadth in the game on its own. Countries that are emerging need exposure to regular competition, and they need more of their athletes in full time programmes and coaching pathways. Wider than that you have a community footprint that grows the presence of the game in those countries - that is something we are turning our mind to, how we can do more."

Even then, Robinson's predecessor David Moffett said this week that a lucrative US rugby market "is not going to happen in our lifetimes".

"I'll acknowledge that a lot of people have been working for a long time to make this work, but it takes a longer term approach," says Robinson in response to the proposition that surely it could exist, surely someone would have done it by now.

"We will need to be patient to help the game there, but there are strong cases where it has worked in Japan and Argentina. We need to listen to them and not try and impose something that we may necessarily think will work… there are opportunities for rugby there, especially for the women's game and the collegiate system."

That's a fair point. It's very heartening to see that the Black Ferns are in the conversation to continue this American relationship, while presumably the All Blacks XV concept will be revived so the proper All Black team can focus on Tier 1 opposition. The US is one of the few overseas destinations where the women can play meaningful tests, plus sending players on college scholarships would be an extremely positive way to entice girls to the sport. At the same time there is a potential of that space replicating what 1st XV grades do for young male players by providing a high performance environment producing professional level players.

The timing of the match coincides with an audacious bid by the US to host the Rugby World Cup, which can legitimately be seen as a serious boost to the game if it was to be approved. That is a prospect that will have all rugby fans excited, given the sort of infrastructure and spectacle on offer.

That's why it's unfortunate that the fixture is not being played at its first choice location, the incredible $2 billion Allegiant Stadium in Las Vegas. Unfortunately, the NFL's schedule meant that the game was shifted to the far more maligned FedEx Field in DC, the home of the recently renamed Washington Football Team. FedEx is regarded as the worst of all NFL venues, oversized and poorly located for a team with such a disgustingly reprehensible owner that the $10 million fine recently handed to him by the league for misconduct allegations was seen by most as being far too lenient. Ticket sales this week indicate the All Blacks will draw a similar size to an average Washington home game, which at 51,000 is also the lowest ranked in the NFL. There is also a fair bit of irony in attempting to expand onto American Football's territory, given that for years now the NFL has hinted at basing a team in London and plays several games a year there, including several at Twickenham.

The All Blacks' strict bubble conditions mean that they aren't doing their usual role of promotional activities stateside, which Robinson concedes is frustrating.

"It's different, ordinarily there would be fantastic engagement at community and sponsorship level, and even at a political level. You can't hide from the fact that it's not as optimal as we'd like, and not as much fun for the team.

"There's been some really hard work and cool stuff on social media that's got some positive feedback," he says in regard to how the All Blacks are staying engaged despite having no travelling media contingent.

"We are aware the media landscape is changing very quickly and we want to allow the players to be themselves, while at the same time preserving the legacy of the team and its performance."

That legacy is what will hopefully drive people through the gates this weekend, because the actual game isn't being seen as something that will cause the All Blacks a lot of trouble. But it is clear the real test will be whether any ground is made in the battle for American attention.