The White Ferns have suffered a thumping defeat in the fifth and final ODI against England. 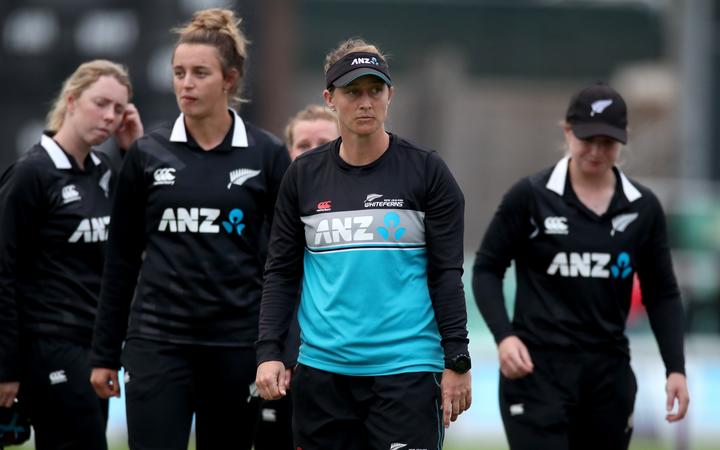 Chasing an imposing 348 for victory at Canterbury, New Zealand have managed just 144 all out to lose the last match of their tour by a whopping 203 runs.

Sent in to bat after losing the toss, England posted an impressive 347-5 from their 50 overs.

All six White Ferns bowlers conceded more than a run-a-ball, seamer Hannah Rowe the best of the bunch with figures of 2-65 from her 10 overs.

In reply, New Zealand never threatened their target and were eventually all out in just the 36th over.

Opener Lauren Down and Brooke Halliday were joint top-scorers with 27, while Maddy Green with 22 was the only other batter to get past 20.