Ukraine's Oleksandr Usyk dethroned world heavyweight champion Anthony Joshua in his own backyard when he earned a unanimous points decision in front of a sell-out crowd at the Tottenham Hotspur Stadium. 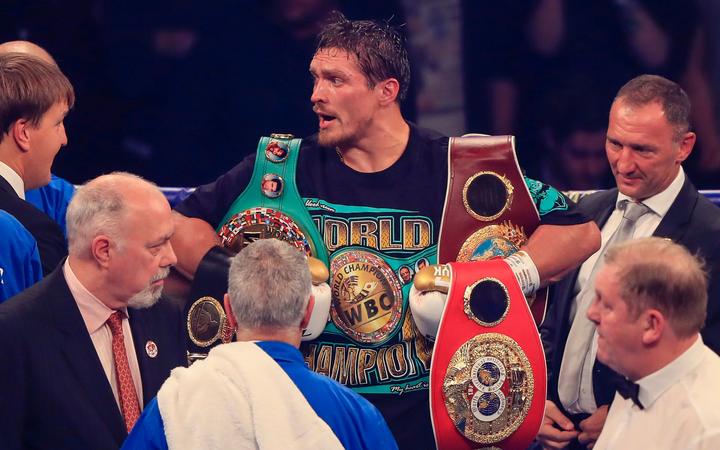 The 34-year-old former undisputed cruiserweight world champion put on a masterclass to silence the majority of the 67,000 fans inside the huge arena on Sunday (NZ time).

Usyk proved too elusive for Joshua throughout an enthralling contest and finished with a flurry in round 12 as he went in search of a knockout.

Joshua stayed up but the decision was a formality as Usyk claimed the WBA, WBO, IBF and IBO belts.