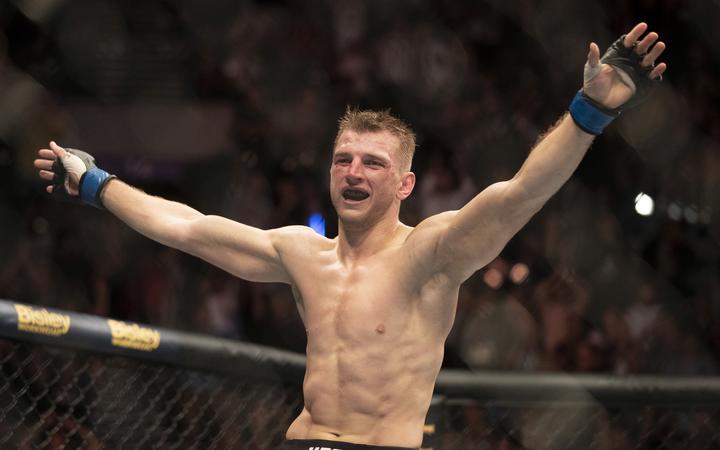 Ranked eighth in the star-studded lightweight division, but coming off back-to-back losses, the 31-year-old was looking to reignite his run to the top against Haqparast.

The German fighter of Afghan descent had faced his own obstacles obtaining a US work visa ahead of Sunday's fight, and was also dealing with the recent death of his mother.

Hooker set the pace immediately and he kept it where he wanted throughout a first round that he led behind a measured attack on the feet. Haqparast got his share of shots in, but not nearly enough to deter Hooker from his game plan.

The New Zealander continued to fight effectively in the second, this time at close range, where he mixed things up, grappling well and landing some hard knees. With a little over a minute left, Hooker added a takedown to his scoring column, punctuating the end of the round with ground strikes.

Hooker put the fight back on the mat early in the third round and kept it there until Haqparast got back to his feet - albeit briefly - with a little over a minute to go. But Hooker continued to show off his wrestling game, keeping his foe grounded until the final horn.