The 27-year-old scooped up his first Olympic gold in the synchronised 10 metre event last week. 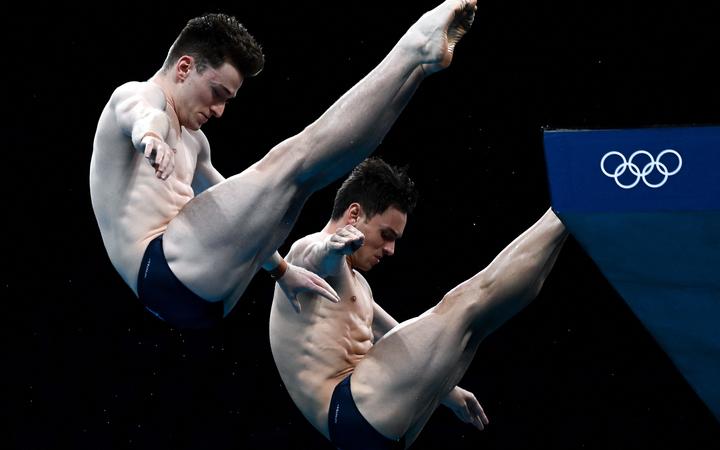 Now he's making hearts swoon all over the internet for a different talent and hobby - knitting.

The diving champion even knitted a case for his medal

Daley was spotted in the spectators' stands with some of his Great Britain team-mates - watching the women's 3m springboard final on Sunday - and in his knitting element.

Social media was deluged with images of the 27-year-old, wearing his Team GB kit and obligatory mask, wielding needles and purple wool in the Tokyo Aquatics Centre.

If my future husband ain't knitting like Tom Daley so what's the point of having husband? pic.twitter.com/3UexnS8Qqt

The gold medallist made a small knitted pouch for his gold medal, with the Union Jack flag design on the front and Japanese flag at the back.

He posted his creation to an Instagram page dedicated to all his knitwork, which has amassed over one million followers.

"The one thing that has kept me sane throughout this whole process is my love for knitting and crochet and all things stitching," he told followers.

Fans on the internet kept up with the 'Daley' knitting updates, interested to find out what exactly the diver was working on in the Olympic stands.

Literally the only thing I’m interested in as regards the Olympics is what is Tom Daley knitting? https://t.co/cZCsJEVKrC

Me every time I see a picture of Tom Daley knitting xx pic.twitter.com/9je4cBM6C5

After his gold medal win, Daley also made headlines for his advocacy and representation of the LGBTQIA+ community.

He will be competing in the individual 10m platform event which is the last in the diving programme in Tokyo, with preliminaries held today and the final taking place tomorrow.