Opinion - You sincerely hope the third act of Roger Tuivasa-Sheck's playing career can go on to become the best. 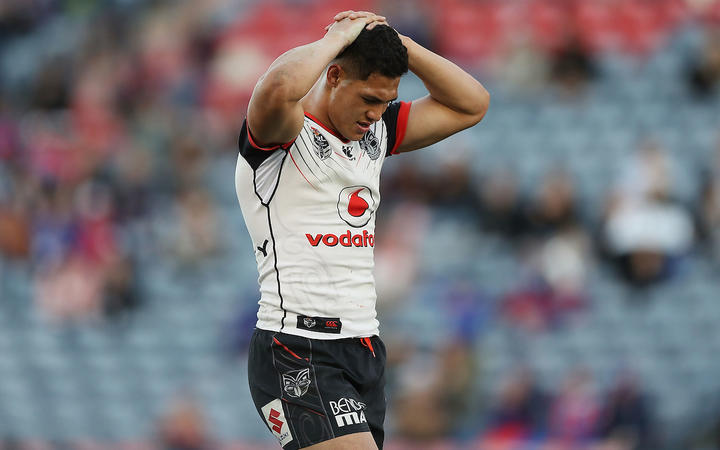 Rugby now beckons the 28-year-old outside back, after a league career of two distinct parts.

One was immeasurably better than the other, leading some to wonder how sound an investment he might be for New Zealand Rugby (NZR) and the Blues.

We'll get to Tuivasa-Sheck's rugby future, but his departure from the New Zealand Warriors and rugby league deserves a bit of scrutiny first.

At face value, it's unsatisfactory. Neither he nor the Warriors appear to have enhanced their reputations here.

As captain of the Warriors - and their best player - Tuivasa-Sheck seems to have done the club a huge disservice by bailing out of their 2021 campaign six games early.

The team's season isn't done. Yes, it's unlikely that they'll qualify for the top-eight playoffs, but not certain. It's hard not to argue that his teammates, at the very least, deserved more.

And what of the Warriors? What message do they send to fans and sponsors when they happily let their highest-paid player walk out the door?

If that's not a signal that this season's finals aspirations are over, then nothing is.

What's potentially worse, is that the club are partly doing this to smooth Tuivasa-Sheck's transition to a rival code. By being released now, he can potentially play more provincial rugby for Auckland in readiness for next year's debut with the Blues.

You could say this is a mark of the man and an example of the esteem in which Tuivasa-Sheck is held. Fine. But rugby league franchises - particularly a failing one in a country where they're not the dominant code - shouldn't really be looking to do the opposition a favour.

But if we've learned anything from the past 18 months, it's that athlete wellbeing is a more complex situation than many of us can imagine.

There are people in Australian rugby league circles who've wondered aloud about Tuivasa-Sheck in recent days, who've questioned why he left the successful Sydney Roosters at the end of 2015 for the relative failure and obscurity of the Warriors.

They see the on-field success and the smiles and assume life in Sydney for a New Zealander must be a dream.

People see a player swapping a good club for a poor one and assume a lack of ambition or commitment have come into play.

Tuivasa-Sheck had the rugby league world at his twinkling feet in Sydney. He could have become one of the best and most-decorated players the code has seen, but he walked away instead.

His contribution to the Warriors was always going to be limited. His own performances remained at a high standard, but there's only so much impact a fullback can have on an average team.

In that sense, people will argue Tuivasa-Sheck wasted his playing prime on a team that was never capable of reciprocating his efforts.

But, again, you doubt that's how this conversion to rugby came about.

For the second time in his life, Tuivasa-Sheck was stuck in Australia. Worse still, he was alone, as his wife and young children understandably decided to stay around their support networks in Auckland.

Some people say that players aren't entitled to feelings. That the more they're paid, the more of their humanity they have to sacrifice.

Tuivasa-Sheck was on a good wicket at the Warriors and owed it to them to stay not just in Australia, but in rugby league fullstop.

Only, home had begun calling Tuivasa-Sheck again and the Warriors - far from being negligent here - have put his welfare first.

People have their opinions on, say, Olympic gymnast Simone Biles and other alleged "snowflakes" of the day. They say athletes have to harden up and get on with it, rather than withdraw from competitions as Biles and tennis star Naomi Osaka have of late.

Covid-19 has potentially exacerbated this situation, but the time had already come where we all needed to become more mindful of athletes. Their's - at least from the outside - might appear to be an enviable life, but it comes with stresses and pressures most of us can't begin to comprehend.

This is an opportunity to accept and learn from the example various athletes are setting here.

I don't know if Tuivasa-Sheck can make a success of rugby. In some ways, I don't even care.

I hope he can do well, but more importantly I hope he's content in his actual life. I hope he's fulfilled by being home again and I definitely hope that we all gain a greater understanding that athletes - no matter how superhuman their deeds might be - are just normal people too.