Opinion - It's hard to comprehend just how far New Zealand has come as a cricket nation. 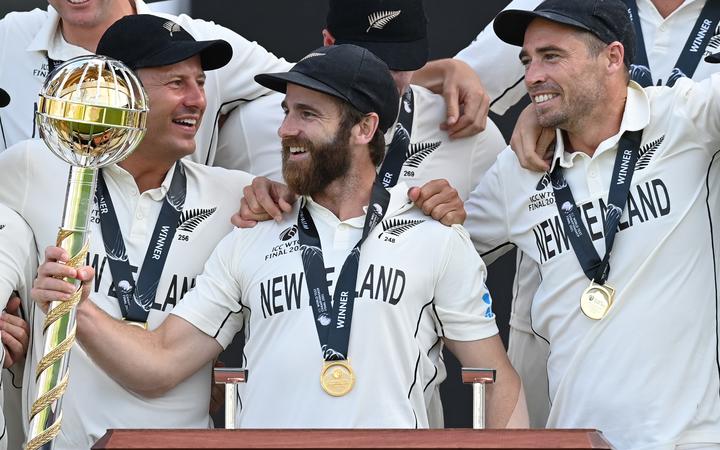 For so long we were the easybeats of world cricket. Heck, Australia once thrashed us so badly in 1946 that it was almost 30 years before they deigned to play us again.

The 1970s and '80s brought many memorable firsts. Australia and England were beaten in tests on these shores, before those one-off feats were bettered by series wins away.

New Zealand was still just nuisance value, though. Sure, there was Richard Hadlee and later Martin Crowe, but the cricket world still tended to look down their nose at the rest of our players.

Ewen Chatfield and Lance Cairns and John Wright might have been cult figures here, but they barely registered anywhere else.

Well, no longer. New Zealand aren't just World Test Championship victors now, they vanquished the game's most powerful nation in the process. And what's more, the Black Caps achieved their outstanding eight-wicket win in a style not dissimilar to their predecessors of 30 or 40 years ago.

India lord themselves over world cricket. Their stars aren't mere players, but demigods, and the Board of Control for Cricket in India use their financial might to dictate the game's every turn. 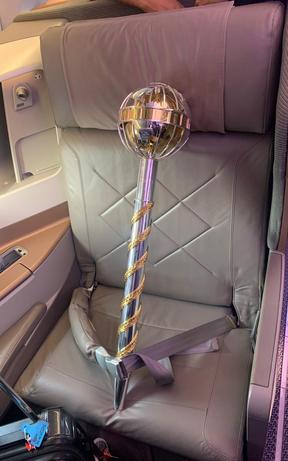 India's players, typified by captain Virat Kohli, couldn't play with a more condescending air. And, boy, didn't that bite them in the backside in this one-off test final.

The Black Caps play without ego. They are a team in which every man has a defined role. Individual achievement is eschewed in favour of collective success, with not a hint of selfishness to be seen.

It was quite a sight to see how New Zealand dictated terms at the Hampshire Bowl, the way they set the template for a tight and attritional test, in which a man's temperament - rather than sublime skills - would determine the final outcome.

India didn't just lose this game, they got done. Like a dinner.

Eight wickets isn't just a healthy margin, it's a hiding; one made all the more humiliating for India by the manner in which New Zealand achieved it.

India seek to bully other nations, both on the park and administratively. And yet they were cowed by a team whose calling cards are humility and sportsmanship and quiet determination.

This was a triumph for the Black Caps.

They'll never get to do the 2019 Cricket World Cup final over. There will never be an opportunity to right the wrong that was done to them that day.

New Zealand left that 50-over final at Lord's as losers, despite the fact England were unable to beat them.

Did captain Kane Williamson and company put on a stink that day? Have they, at any time since, railed against the boundary-countback system that cruelled them in that final? Did the team ever turn on itself and splinter as a consequence?

No, they simply set their sights on qualifying for - and winning - this inaugural World Test Championship decider.

That it was done in the methodical and undemonstrative fashion that typifies Black Caps cricket just adds to the achievement.

New Zealand could have given up on this match at various times. They could have used weather or a scratchy first innings with the bat or India's superior talent as excuses to settle for a draw.

Instead they rose to cricket's ultimate test.

Twenty20 games threaten to ruin the sport. It's a format that makes heroes - and rich men - of those who perform enviable feats over a span of three or four overs.

Test cricket allows for ebbs and flows. It requires periods in which ego has to be set aside and respect paid to the skill of your opponent. Success is not gained in a handful of balls, but over hours and days.

India's batsmen, for instance, don't like to look bad or to be tied down. New Zealand's bowlers preyed on that hubris and were rewarded.

Test cricket is a battle of wills and the Black Caps imposed theirs on their opponents.

There are big-picture questions still to be answered about the future of test cricket and New Zealand's place in it, but this isn't the time. This is a moment to be savoured, not just for Black Caps fans, but for admirers of test cricket and underdogs done good everywhere.

When I was a kid, you went to international matches to watch the other team. To see Viv Richards and Ian Botham and Allan Border in the flesh.

If New Zealand could compete for a bit - or occasionally even win - then so much the better. But the expectation that our boys would ever become the best in the world was fanciful.

This isn't a Black Caps side blessed with freakish talent. They're a doughty lot, built in the image of their cricketing forebears, displaying all the best traits you'd hope to find in a New Zealander.

Enjoy it everyone, it's been a long time coming.