Opinion - The game's longest - and best - format risks dying of neglect. Such are the riches available to those who play in the Indian Premier League Twenty20 competition, for instance, that test cricket has begun to lose its place as the pinnacle of the sport. 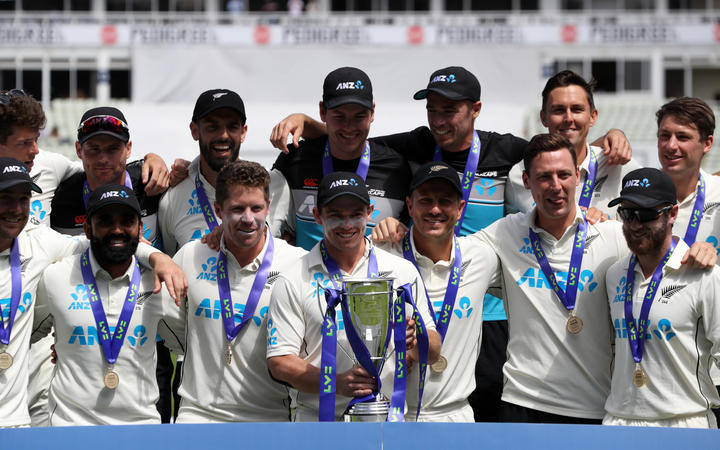 Players are increasingly declining to appear in test matches, preferring to save themselves for their freelance Twenty20 work.

It's going to take a major rethink from the game's so-called "big three" of India, Australia and England for the emphasis on white-ball cricket to shift.

That was what was so encouraging about what the Black Caps did at Lord's and Edgbaston in the last fortnight.

They embarrassed and exposed England and raised questions about the things that matter most.

Twenty20 cricket isn't enough in England. They're about to launch The Hundred, which is a further bastardisation of the game.

It's not enough that this 100-ball concept is returning to terrestrial television and, therefore, a broader audience, the powers that be have introduced a variety of gimmicks to go with it.

This is allegedly the game's chance to introduce itself to a "new" audience, with little regard for all the actual cricket fans that are alienated along the way.

As good as the Black Caps were in their two-test series in England, the hosts were woeful.

Their batting techniques and catching and thought-processes were found badly wanting, raising fears about how the team will fare in their upcoming 'pinnacle' series against India and Australia.

But are England's test cricketers now returning to the four-day county circuit? Are they stripping their games back to the bare bones in the hope of rediscovering the art of playing cricket in its purest form?

No, they're playing The Hundred, domestic Twenty20 cricket and limited overs matches against Sri Lanka and Pakistan for the next couple of months instead; hardly the ideal preparation for the five-test series against India and Australia that await.

For the rest of us, though, this is a moment of hope. Should England be sufficiently humiliated in those tests, then the clamour for change will be deafening.

New Zealand can then further play its part by beating India, in the upcoming World Test Championship final in Southampton.

The Black Caps have nothing to fear from India, whose record in England is poor and whose players aren't as exceptional as many would have you believe.

So many of cricket's leading media voices owe their living to the IPL and the Board of Control for Cricket in India (BCCI).

These talking heads aren't dim, they know where their bread's buttered. Rarely is heard a discouraging word where India are concerned, because criticising their cricket is bad for the bank balance.

A Black Caps win in Southampton wouldn't just be a triumph for the team, but a further opportunity to assert the primacy of test cricket. The BCCI don't really do second best and defeat to little old New Zealand would really burn.

But you can bet your bottom dollar that actual cricket fans the world over will be fully aware of who wins this inaugural test championship final.

Cricket's big three need to be shamed into change. They need an upstart New Zealand side - who are rarely deemed worthy of a series exceeding two tests - to show these pretty boys up.

Until test cricket returns to being the priority for those wealthy nations who determine the international schedules, then we'll continue to be swamped by an avalanche of sometimes entertaining - but utterly inconsequential - 20-over games.

The Black Caps can do it. They're not blessed with unbelievable talent, but their temperaments and methods are hugely admirable.

They play cricket the way it's meant to be played and in a spirit that the big three could learn a lot from too.

Test cricket for nations such as New Zealand has to be treated as more than just a perfunctory interlude before hostilities between the big three resume. The Black Caps aren't just playing for their own credibility - and all the other 'minnows' out there - but the credibility of cricket as well.

If test cricket is going to continue to matter, then it needs a New Zealand victory in the next few days.