The Warriors have withdrawn from this year's women's NRL competition, citing the financial pressure of Covid-19. 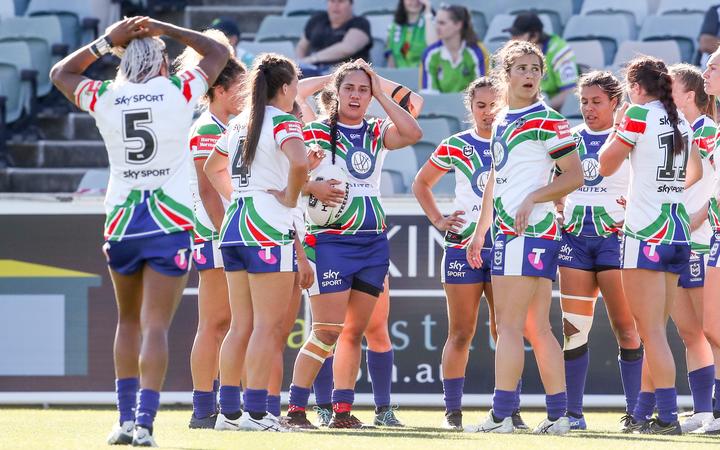 The Warriors 2020 NRLW side was a mix of New Zealand and Australian players. Photo: Photosport Ltd 2020

Warriors chief executive Cameron George said the club decided to drop its team from this year's competition but is committed to rejoining an expanded competition next year.

"As a club that prides itself in supporting the women's game, this has been an exceptionally difficult decision to make," George said.

"The key factor is the impact the Covid-19 pandemic is continuing to have on our club across the board. We're extremely cautious of the border situation and will continue to be so. It's uppermost in our thinking as we try to negotiate this year."

However, the Warriors aren't the only option for New Zealand women wanting to play in the NRLW, according to a former coach.

Donald was subbed in to coach the Warriors women's side last season when the rugby league team was based out of Australia for the NRLW season due to Covid-19 border restrictions.

He is now back doing his work with women's pathways with the NRL and focusing on the Rugby League World Cup with Australia's women's team.

But he hasn't turned his back on the New Zealand-based players he coached last year.

"After we've built those relationships there's nothing that we wouldn't do to see those five girls that came from New Zealand prosper," Donald said.

He was also looking beyond the talent he had already worked with.

"One of the things we've been working on with New Zealand Rugby League is to make sure that any player that wants to land in the NRLW, has aspirations and is willing to travel, that the clubs as they expand know what is on offer in New Zealand.

"We're trying to make that as easy as possible for those players to have access to NRLW options and those opportunities are going to be there whilst the game develops locally in New Zealand."

George agreed more needed to be done to develop the women's game in New Zealand.

"We need to see significant investment in the pathways and development of the women's game in our country," he said.

"As it stands, we are a long way behind what we see in Australia. They have a very strong structure built on competitions, representative fixtures and a huge commitment to development."

Top Kiwi Ferns players have already headed to Australia to play in state leagues ahead of the NRLW.

Warriors captain Georgia Hale moved from New Zealand to Australia this year and has been playing in the NSW Premiership for the North Sydney Bears, after turning out for the Tweed Seagulls in Queensland's BHP Premiership.

With the trans-Tasman travel bubble operating, Donald said more New Zealand-based players and staff should take advantage of the willingness of the two countries to collaborate. 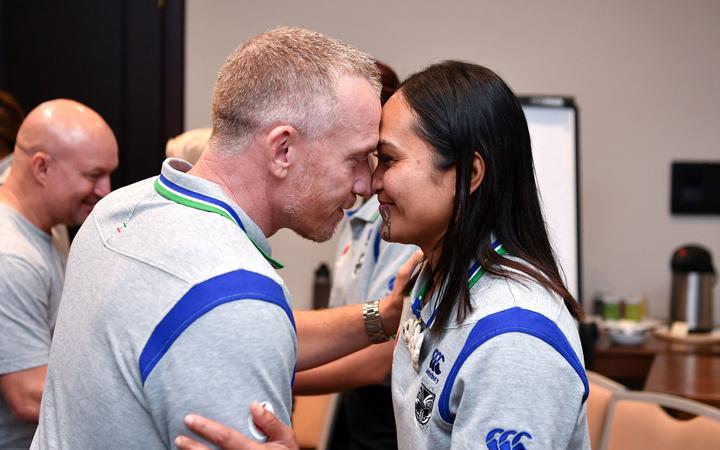 "As those local competitions in New Zealand and Australia get stronger and the NRLW gets stronger it can only mean a great international Test match between our two countries and then other countries around the world.

"New Zealand and Australia work really well together, even though we're the greatest competitors, so I think down here we definitely have some sort of an advantage [over other countries] with the collegiality that we share."

The schedule for the 2021 NRLW was expected to be announced soon - and with it the two new teams that will join the expanded competition.

The 2020 teams - Brisbane, St George Illawarra, Sydney and the Warriors - were the original four teams when the competition started in 2018.

Donald spent his days helping clubs new to the women's environment address the "nuances" between running a men's and women's team.

"All those teams that have shown interest [in joining the NRLW] we go in and talk about what's the successful formula for what types of coaches and just down to little things like what the kit looks like or what the ladies seem more comfortable training in than the guys, and little things around the facilities and how we need to service them."

A number of Kiwi Ferns and Jillaroos will be playing across the NRLW before representing their country at this year's Rugby League World Cup in England.

Donald hoped New Zealand and the world champion Australia side would get in a Test match before they meet in Group B at the World Cup in November.