Six months out from the biggest Rugby League World Cup in history organisers are forging ahead with the event, while other codes have got cold feet. 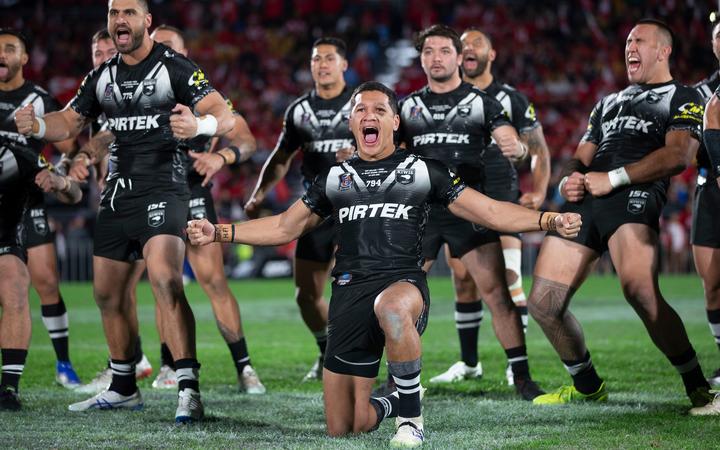 Kiwis Dallin Watene-Zelezniak leads the haka, during the rugby league Test match between Kiwis and Tonga in June 2019. Photo: Photosport

The Rugby League World Cup for men, women and wheelchair athletes will draw teams from 21 nations - including several which are still struggling with Covid-19.

Thirty-two teams from countries within the United Kingdom, Europe, North, South and Central America, the Pacific Islands and the Caribbean have qualified.

The tournament in England runs between 23 October and 27 November and for the first time, all three competitions will run concurrently.

New Zealand Rugby League chief executive officer Greg Peters said the governing body was still committed to sending the Kiwis, Kiwi Ferns and a physically disabled rugby league team to the tournament but he understood if athletes had concerns.

While World Rugby and the International Cricket Council had postponed world cup tournaments in 2021 - aside from the T20 Cricket World Cup also scheduled for October in India - International Rugby League and tournament organisers were still planning to fill the 17 host stadiums across England with fans.

Despite the organisers' optimism, Peters knew the realities associated with Covid-19.

"We're not going ahead blindly as if we won't have any problems along the way, but at the moment our planning is that we'll be attending." 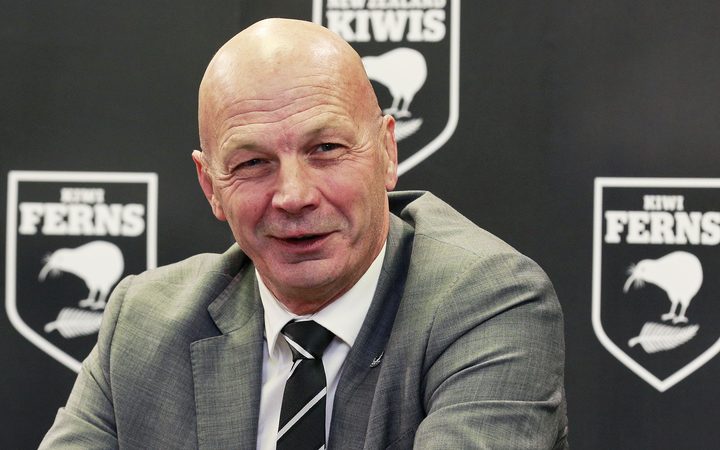 The Kiwis and Kiwi Ferns' preparation for the tournament was compromised after NZRL opted to cancel the scheduled June Tests for both teams due to concerns that any closure of the trans-Tasman bubble could trap several NRL players on the wrong side of the Tasman before the end of the season.

Instead the NZRL hope to get Tests against Australia in the week after the NRL grand final and before the teams leave for England.

The women had also had a training camp earlier this year interrupted by a Covid-19 alert level change in Auckland. 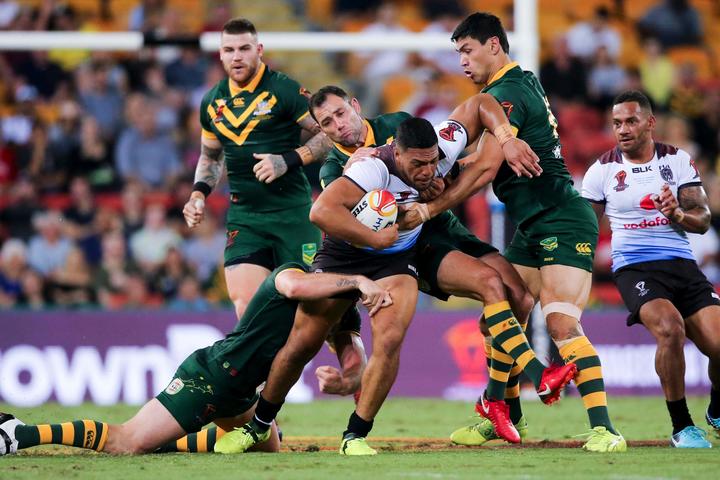 As the deputy chair of Asia-Pacific Rugby League, Peters was aware of what other qualified nations faced in the lead-up to the tournament and he highlighted the current Covid-19 situations in Papua New Guinea, Fiji, Brazil and France as being of concern.

"It needs the time within the next six months for things to settle down quite a bit to give a bit more security to those teams and players that are going to the tournament and playing against those teams or being involved with them," Peters said.

NZRL would not require players to have had a Covid-19 vaccine prior to the tournament.

"That'll be a government decision about the ability of New Zealanders, and equally importantly in our context Australian citizens or residents because many of the Kiwis team live in Australia and are residents over there, so they're government conversations as to what the position will be around vaccinated or unvaccinated people at the end of the year but there's no compulsion that we're putting on people to get a vaccine. That's a personal choice which they will take," Peters said. 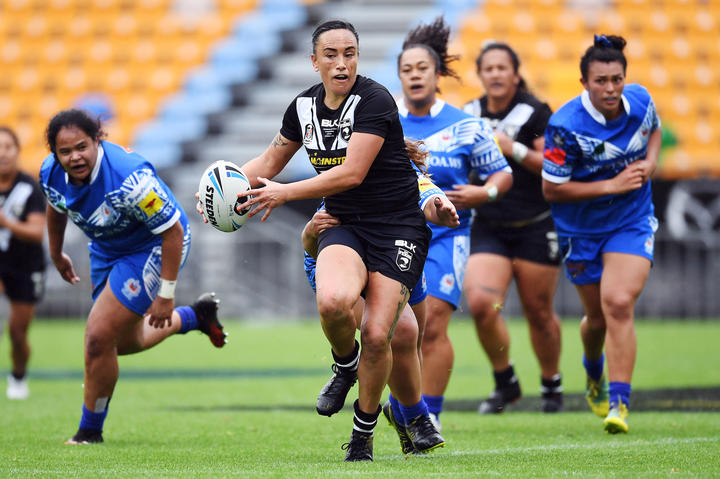 Krystal Rota led the Kiwi Ferns to victory in their last Test match in 2020. Photo: Photosport

However, if players needed to spend time in Managed Isolation and Quarantine on their return to New Zealand after the tournament, Peters said some of the Kiwi Ferns might reconsider their involvement.

"I think the women have many challenges the men don't and that's because they are for all intents and purposes amateur players and the expectation that they'll be away at a three week tournament and then potentially have to quarantine for a further two weeks adds another overlay of complexity for a woman who is not a full-time athlete."

Peters acknowledged the decision for all players was not straight forward.

"We all think about that when you consider traveling overseas, is that the right decision for you and your family and representing your country and I think those are all the right considerations that people have to take into mind at this time because it's not simple and each individual circumstance is different but ultimately there are very few opportunities that come around to play in a World Cup in your career so I'm sure that players will be looking forward to that opportunity albeit with a bit of concern to ensure that everything is in place whilst they're at the tournament and when they come home is at the right level and appropriate for them."