Turns out maybe this year's Crusaders aren't quite the unstoppable force we all thought they were. Yes, they did get the win over the Hurricanes at a sun-drenched Sky Stadium yesterday, but they needed more than regulation time to do it and it left them banged up beyond belief. 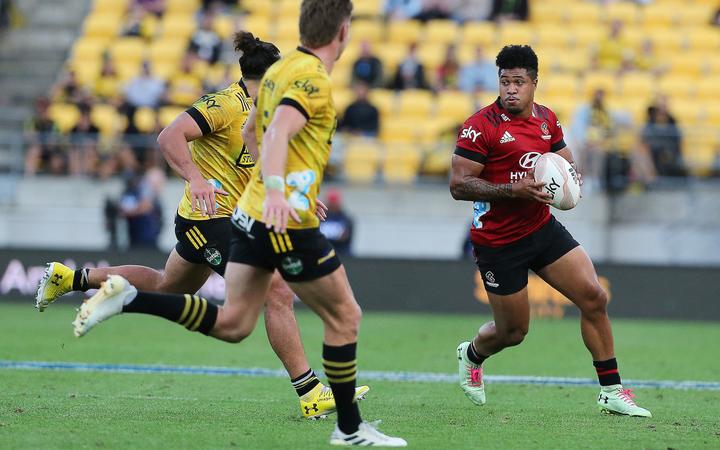 The 30-27 win by the defending champions was the second game in a row that went to golden point, after none had managed to orchestrate themselves to that point in the previous 31. Was it worth the wait? Probably not, to be honest.

On Saturday night in Dunedin the Chiefs managed to reverse two heartbreaking last minute losses to the Highlanders by inflicting one of their own, because while Damian McKenzie's long range shot to win the game was certainly exciting, the rest of the game certainly wasn't.

Three out of the four tries scored were done so in rather dubious circumstances: Etene Nanai-Seturo's opener was preceded by a knock on, James Lentjes' reply benefited from a ridiculously planned bit of obstruction and Angus Ta'avao's second half one had a massive forward pass in the build up.

But really, this is just par for the course for Super Rugby Aotearoa right now. Every game seems to be blighted by some sort of refereeing controversy, but along with the dodgy tries there were 23 penalties, including obviously the one that led to the Chiefs winning the game (coach Clayton McMillan's post match reaction speaks volumes, after their win over the Blues he was pounding the window of his box so hard it almost broke, but on Saturday night he looked just as confused as everyone else).

There were 26 more on Sunday afternoon between the Crusaders and Hurricanes, meaning that once again we almost had a half-century of major stoppages. Who is at fault here? Last season it at least reduced a bit after the first couple of weeks as the teams came to terms with the new law interpretations, but it seems like this time around the refs are just finding more and more things to penalise. Which isn't great for people who are getting told this is supposed to be the best rugby competition you can watch, because they're not dumb and they're highly unlikely to be pulling their wallets out to pay to sit in a stadium and watch a guy blow his whistle. Especially since a lot of the time they're not even getting it right.

The evidence of that is already apparent, anyway, as crowds are noticeably down on last season - which had the massive added benefit of being the only sporting competition in the world with crowds after lockdown. 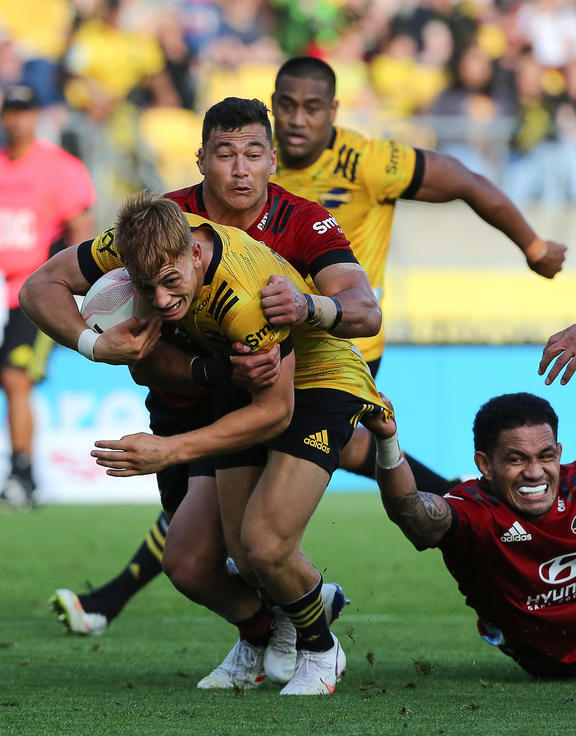 The Hurricanes, much like the Highlanders before them, were given no chance of beating the Crusaders. But they hung in there, helped no end by finally giving young Ruben Love the driver's seat that he will hopefully make his own for the next decade or so.

The 19-year-old first five showed the one thing Hurricanes fans have been longing for ever since Beauden Barrett betrayed them and left: confidence. It was there in abundance as Love took the ball to the line, tackled well and, admittedly, when he made a few mistakes. That's going to happen, he's not the first player in that team to do that and he's not going to be the last.

Josh Ioane could have completed a whirlwind redemption arc by slotting a golden point winning drop goal for the Highlanders, but it never looked like being on target. Jordie Barrett has the distinction of being the first player so far this year to have the crowd chant his name, incredibly simply for calling for the kicking tee to attempt a 63 metre penalty goal.

The Crusaders victory ended up being a reasonably Pyrrhic one after Jack Goodhue and Joe Moody had to be helped from the field. That attrition rate, coupled with the fact that they're just simply not playing to their standards, is why the Chiefs are probably eyeing up their clash in Hamilton on Saturday night as very winnable.

All they have to do is hope they're on the right side of what will probably be another 20 plus penalty count.