World-ranked New Zealand boxers Joseph Parker and Junior Fa aren't hiding from the implications of their heavyweight match-up in Auckland on Saturday night. 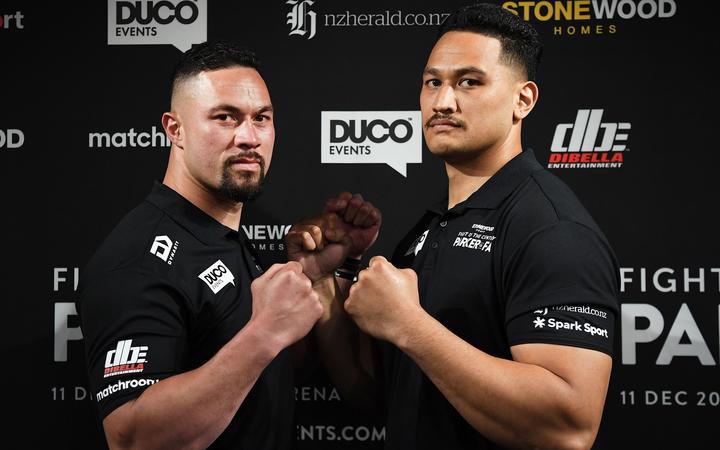 After months of respectful build-up, the softly spoken South Aucklanders of Pasifika descent were set to resume their amateur rivalry for the first time as professionals.

Lose, and that door was shut - potentially for good.

Parker's long-time trainer Kevin Barry said they were well aware the bout was make or break.

"If we do not deliver, it's going to be very hard for us to get back into any position to fight a top five or top 10 fighter, let alone a world title shot.

"We still believe in Joseph. Totally, 100 percent, he believes in himself. Our goal is to get back into the ring fighting for the world title."

Re-establishing himself as a contender in boxing's glamour division required finishing his former amateur rival inside the 12 rounds.

Parker knew he needed a knockout but was adamant he wouldn't be reckless.

"I say that I need a knockout but we have a plan in place. I'll go in there, execute the plan and have fun.

"All the hard work has been done in camp. Early mornings and all the training sessions.

"Now it's time to dance, and when you let it flow it just happens." 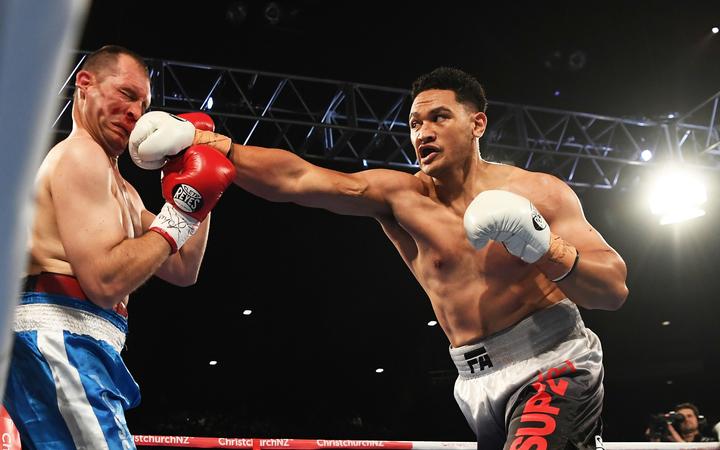 Fa, though, wasn't planning on being a pushover.

Not only was he unbeaten in 19 professional bouts, he had two wins over Parker from their four amateur fights.

And with two young kids at home, Fa was intensely motivated by what he was calling a life-changing opportunity.

"This sets up an awesome career. It sets up big fights for me, which means I can provide more for my family as well.

"Yeah, it can just really solidify my place in the heavyweight division."

The high stakes weren't the only reason Fa was feeling optimistic.

After needing surgery for an undisclosed medical issue in October, postponing the bout by more than two months, he said he was fighting fit once again.

"I feel much better than my old self a few months ago. I feel fully prepared for this fight, like I'm peaking at the right time.

But Team Parker questioned whether that excitement would eventually be overcome by nerves.

Head trainer Kevin Barry said the fact remained, Fa had never been in a fight of this magnitude, against an opponent of Parker's calibre. 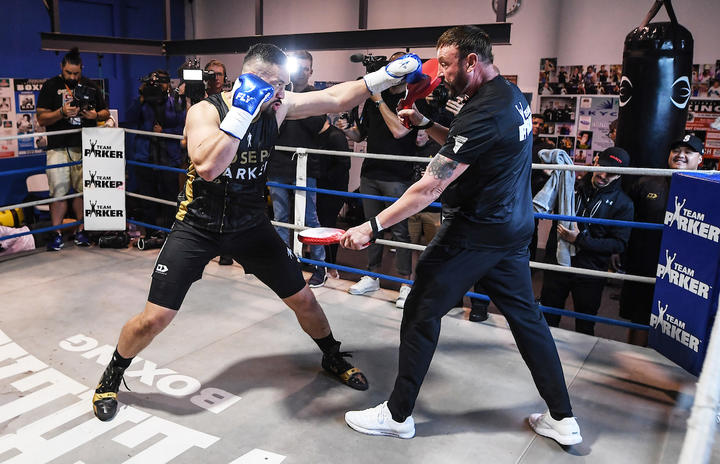 "I'm not saying he can't do it, because this is his opportunity to shine.

"But when the bright lights go on and you walk out to the ring, it's not everyone's cup of tea.

"One thing I can tell you about Joseph Parker is that when the lights are at the brightest, is when he is at the happiest.

"He loves the pressure."

Fa's camp weren't arguing it was a step up for their fighter.

But City Kickboxing coach Eugene Bareman, who had assisted head trainer Doug Viney in preparing Fa for the bout, said they were happy with the position they were in.

"We've got nothing to lose. There's no pressure on us.

Parker was confident that wouldn't be the case.

One thing was for sure, big overseas opportunities awaited whoever was right.