What do you do when, a few days from what has been described (probably rightly) by the promoter and main protagonists as New Zealand's biggest ever heavyweight boxing contest, the country's attention seems more focused on what's happening on and off the Hauraki Gulf and whether the Black Caps can continue their stunning start to the T20 cricket series against Australia? 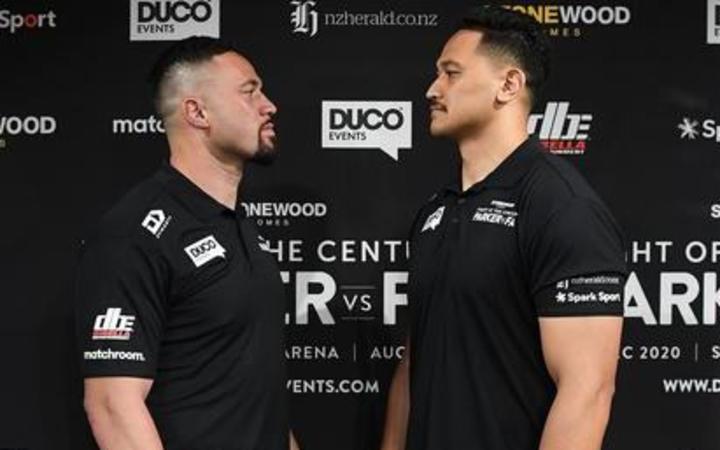 The fight was originally scheduled for December last year but was postponed following a blood test Photo: Photosport

You go back to boxing's tried and tested technique of creating conflict at the pre-fight press conference, and if neither Joseph Parker nor Junior Fa are willing to swing any metaphorical punches before their showdown at Auckland's Spark Arena on Saturday night (they haven't been), it's generally up to others to attempt to create a hype that is so far failing to materialise in the warm summer air.

Step forward then Kevin Barry, Parker's mentor, and Eugene Bareman, the self-confessed "celebrity trainer" who is an assistant in Fa's camp. Both had been given licence to generate a little frisson that has been lacking so far, and it would probably be agreed it was Bareman, the zen-like, smiling assassin who has navigated Israel Adesanya's groundbreaking MMA career at his City Kickboxing gym, that took the points victory with an entertaining performance that remained respectful but still contained a few zingers.

Bareman, tongue-in-heavily-bearded cheek, scored points with a few lazy jabs at Barry when hinting Parker had decided it was time to change trainers. Parker has been with Barry almost since he turned professional back in 2012 and has always maintained he will remain loyal.

"Joseph has said to me that he wanted to come to City Kickboxing," Bareman said. "You'll have to talk to him about the capacity - maybe he just wanted to come and have a cup of tea with me, maybe he just wanted to train, I don't know. We never got into the details, but I will email him the gym fees tomorrow and he can look them over. If he can afford it, which I think he can, then he can join the gym like everybody else." 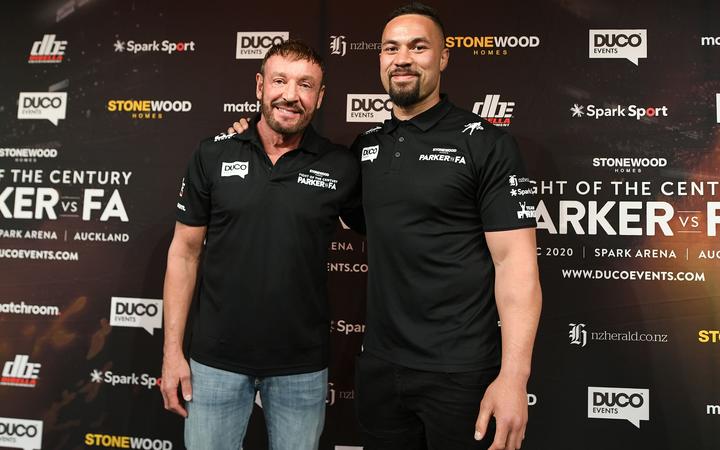 This answer, about 12 minutes into a half-hour press conference, not surprisingly pricked the attention of the assembled media, undercard fighters and various entourages like little else this morning.

"It's very common this close to the fight that fighters and other people around the team make comments to deflect from the fight, to try to raise an emotional response, to try to get you to lose your focus," he said.

"Right at the moment Joseph, myself, [manager] David Higgins and our whole team, are very focused. We understand the significance of this fight. We aren't going to be dragged into out-of-the-ring discussions."

This was despite the best efforts of both Bareman, Fa's manager Mark Keddell and master of ceremonies Stephen McIvor, who clearly decided that a straightforward approach to proceedings was in order. One of McIvor's first questions to Fa was whether he had spoken to Shane Cameron recently, and whether the man who was brutally knocked out early in his famous all-Kiwi heavyweight fight against David Tua in 2009 had offered any advice about not meeting the same fate. 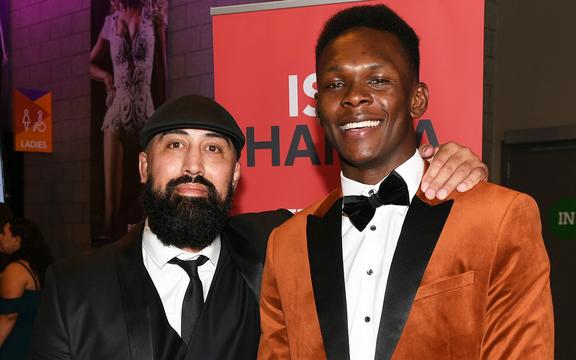 Bareman and Keddell laughed at a question about as subtle as a brick through a window.

"Umm, I have been speaking to Shane Cameron but that was a while ago," Fa replied. "He just told me to enjoy the ride really, to make the most of this opportunity I've been given."

Bareman's other shot at Barry was over a dispute over the judges which has been simmering for days. The Fa camp don't want two of the three judges to be from Christchurch due to the Barry family's reputation among the boxing fraternity in the city. It is an issue that is close to a resolution, according to fight promoter David Higgins, who is also Parker's manager, but Bareman was making hay while he could.

"Well," he said, "we definitely didn't want Kevin's mate from the pub to be one of the judges."

The only fire coming back from the Parker camp was when Higgins said of Fa's manager Keddell, who is also from Christchurch and in fact went to the same school as Barry (St Bede's): "Dealing with Mark Keddell has been trickier than dealing with [well-known promoters] Eddie Hearn or Bob Arum," Higgins said.

"It's his big moment to shine. You know, he's the smartest man in the room. We're actually a lot more relaxed about it because when Junior's lying on the ground it doesn't matter who the judges are."

The only fire, that is, apart from Parker's response to Bareman's changing trainers jibe, when he replied: "I think we discussed a cup of tea, like he mentioned. [It was] more for when after I beat Junior, I can use them for sparring."

It was a good morning for the Fa camp, although whether it counts for anything remains to be seen. It may get a few more eyeballs to the pay per view broadcast, but, rated No5 by the WBO to the No3-rated Parker, a former world champion, Fa is a big underdog.

Near the end it was left for Bareman to sum up with what he described as a "little homage to the human side of the sport". Naturally it contained a sneaky punch.

"Someone's not going to be able to achieve that dream. That's the other side of the sport that we have to understand. Someone's going to fade away a little bit and they have to go what fighters go through - a little bit of depression and then rebuild themselves. That's sad. There can only be one winner and unfortunately for Joseph and Kevin it's going to be us on Saturday."

*Patrick McKendry is an Auckland-based sports writer who has covered all of Joseph Parker's major fights since he turned professional in 2012.