Australia captain Tim Paine has apologised for his conduct and says Steve Smith is upset about the allegations being levelled at him after a heated third cricket test against India. 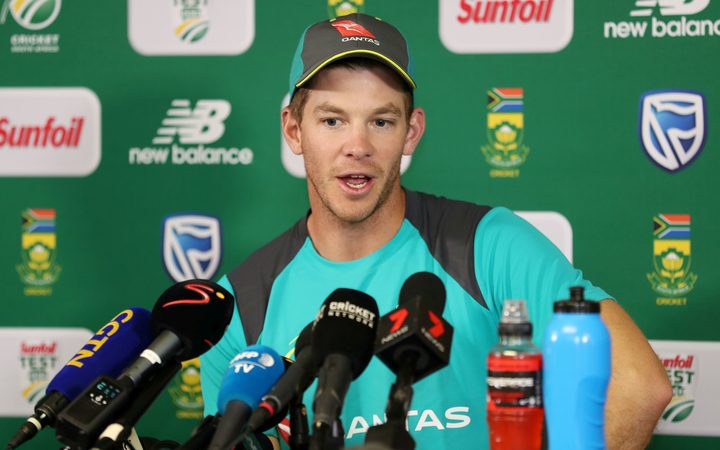 Paine has come under criticism for his conduct during Monday's final day of a match which ended with the visitors hanging on for a gutsy draw.

The wicketkeeper-batsman at one stage called Ravichandrin Ashwin a "dickhead" as the spinner and Hanuma Vihari batted through the last three hours of the match in Sydney to keep the series tied at 1-1.

Paine, who apologised to his teammates for his three dropped catches in his post-match news conference, requested the opportunity to address the media again on Tuesday.

"I want to apologise for the way I went about things, I'm someone who prides himself on the way I lead this team and yesterday was a poor reflection of that," he said.

"My leadership wasn't good enough, I let the pressure of the game get to me. It affected my mood and, from there, affected my performance.

"Yesterday, I fell short of my expectations and my team's standards."

The 36-year-old said he had felt "off" for the entire match, during which he was also fined 15 percent of his match fee for swearing while complaining to an umpire.

Paine is acutely aware that the only reason he was handed the Australian captaincy after the Newlands ball-tampering scandal cost Steve Smith the job in 2018 was because of the non-confrontational way he went about the game.

"I spoke to (Ashwin) quickly after the game yesterday, and I said to him 'yeah, you end up looking the fool, you open your mouth and you end up dropping a catch'," he added.

"We had a bit of a laugh about that... and everything was fine."

Paine said his behaviour had not caused him to consider his position as captain and he was looking forward to leading Australia out for the final test of the series at the Gabba on Friday.

"I have to cop what's coming on the chin and I'm really looking forward to moving on to Brisbane and getting back more for playing the game more like Tim Paine plays the game," he said.

Meanwhile, the Australian skipper has insisted Smith was not erasing Rishabh Pant's guard in the batting crease during Monday's play but merely indulging one of his many idiosyncrasies.

Video footage from the stump camera of Smith dragging his boot across the crease on a tense final day of the match went viral on social media and some former players accused him of gamesmanship at best, cheating at worst.

Paine said Smith had been upset by the allegations.

"I know he's really disappointed with the way it's come across.

"If you've watched Steve Smith play test cricket, that's something that he does every single game five or six times a day.

"He's always standing in the batting crease shadow batting. As we know, he's got those many Steve Smith quirks and one of those is he's always marking centre.

"He was certainly not changing (Pant's) guard and if he was, that's something that the Indians would have kicked up a bit stink about at the time."