Cricket Australia apologised to the India team on Sunday after visiting players alleged they had been racially abused by part of the crowd during the third test at Sydney Cricket Ground. 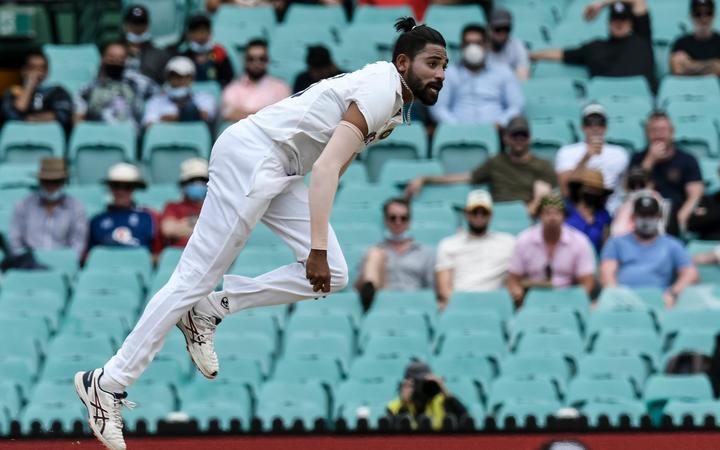 Media reports said India captain Ajinkya Rahane spoke to the umpires at the end of the third day's play on Saturday after quicks Jasprit Bumrah and Mohammed Siraj complained of hearing racist slurs while fielding near the boundary rope.

Play at the SCG was stopped on Sunday while a group of fans in the socially-distanced crowd were removed from their seats by police after a complaint from Siraj.

In a statement, CA condemned all "discriminatory behaviour" and said they would act against anyone found to have been guilty of vilification.

"As series hosts, we unreservedly apologise to our friends in the Indian cricket team and assure them we will prosecute the matter to its fullest extent," Head of Integrity and Security Sean Carroll said.

"Once those responsible are identified, CA will take the strongest measures possible under our anti-harassment code, including lengthy bans, further sanctions and referral to (the) police."

Venues New South Wales, which operates the stadium, said CCTV footage was being reviewed to assist the investigation and that any fans identified as engaging in racial abuse would be banned from the SCG and other major stadiums in Sydney.

According to the International Cricket Council's anti-discrimination policy, it falls to CA to investigate the incident and submit a report to the global governing body within two weeks.

A man was banned from attending cricket matches in New Zealand for two years after being found guilty of abusing England fast bowler Jofra Archer during a 2019 tour.