Australian Jillaroos coach Brad Donald will take charge of the Warriors in this year's NRLW premiership scheduled to kick off in October. 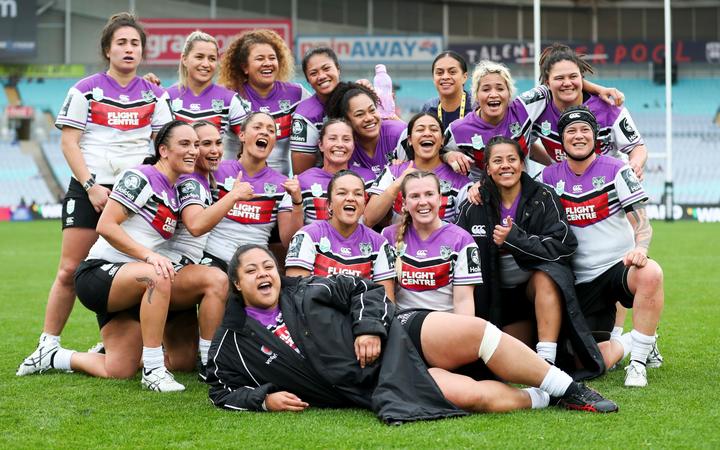 The Warriors women's side are one of two sides to get stand alone games. Photo: Photosport

Donald, who guided the Jillaroos to victory over the Kiwi Ferns in the 2017 Women's Rugby League World Cup, replaces Slade Griffin as coach of the women's rugby league side.

Due to Covid-19 challenges, the Warriors are set to assemble a squad largely made up of players based in New South Wales and Queensland along with a group of players from New Zealand.

"There's still much work to be done including securing travel exemptions for players and staff from New Zealand to enter Australia but Brad's appointment is hugely exciting," Warriors chief executive Cameron George said.

Former Kiwi Slade Griffin, who was initially appointed to coach the side, will remain in Auckland.

Six New Zealand-based players and two officials are set to travel to Australia for the duration of the competition.

The remainder of the squad will be made up of Australian-based players, with a focus on continuing to provide an elite level pathway for eligible Kiwi Ferns players.

The Warriors are working with New Zealand Rugby League and NZRL general manager high performance Motu Tony said the NRLW was an important part of the female pathway for current and future Kiwi Ferns players and coaching staff.

"Unfortunately Covid-19 has placed extra demands on our New Zealand-based players and led to many having to forego playing in the NRLW," Tony said.

"However, it is a positive for our National Women's Premiership, where many of our Kiwi Ferns will now play for their respective regions."

With the New Zealand-based players needing to remain in Australia for the duration of the NRLW, the NZRL's wellbeing manager Carmen Taplin wll stay with the squad in Australia.

While he was initially surprised to be offered the role, Donald said it was an easy and exciting decision to make in the interests of the women's game in New Zealand and Australia.

"It was definitely unexpected and there are still some challenges ahead, but it's a wonderful opportunity that Cameron, the NZRL, the players and entire Warriors organisation have not only given me, but all the female players from New Zealand and Australia," he said.

"I also want to acknowledge Slade for the work he has already done in what should've been his first year as a NRLW head coach.

"Ultimately though, none of this would be possible if it wasn't for the players. The ones sacrificing time away from family, careers and the comforts of home to keep the competition going, as well as those who couldn't for those very same reasons. Their selflessness won't go unappreciated or unrecognised.

"We look forward to getting the group together to ensure that everyone understands the sacrifices made to pull on a Warriors jersey in 2020. This will be a unique opportunity for those involved, and we will be doing everything possible from this point forward to build a very successful NRLW premiership campaign."

The Warriors' New Zealand-based contingent is due to fly to Australia in early September.