Penrith have won nine NRL matches in a row for the first time in club history but the night was soured by the alleged racial abuse of winger Brent Naden by members of the crowd at Central Coast Stadium. 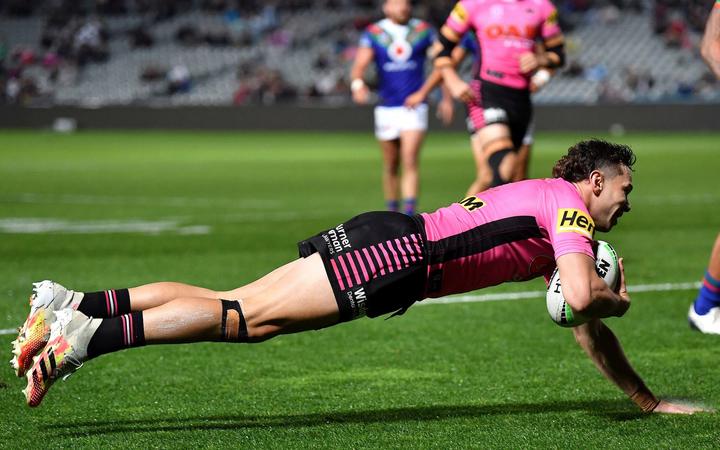 Eight young males were escorted from the ground by police during the first half of Penrith's 18-12 victory.

"Racism and vilification will not be tolerated in our game," he said.

"Bringing communities and cultures together is part of rugby league. We pride ourselves on being inclusive and taking a leadership role in driving social change.

"Any fan found to have racially abused a player or another fan will not be welcome at our games.

"We have shown in the past that we will take the strongest possible action to ensure fans guilty of racial abuse are banned from attending the Telstra Premiership.

"We will work closely with NSW Police, stadium authorities and the clubs to determine the facts and take decisive action against anyone guilty of racial abuse.

NRL investigations into the incident continue. 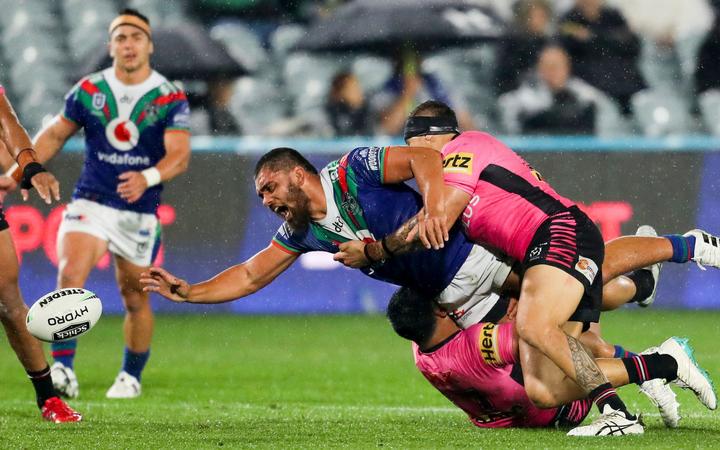 Naden, who is Indigenous, scored his team's opening try in the 10th minute before hooker Api Korisau slipped through the defence and pushed the lead to 10-0.

That was extended in the 34th minute when Josh Mansour deftly kicked inside for fullback Dylan Edwards to mark his return from a hamstring injury with a try.

Penrith appeared destined to steamroll the possession-starved Warriors but Todd Payten's men displayed more of the new-found grit that had them shooting for three consecutive wins for the first time since round five of 2018 and came roaring back.

Captain Roger Tuivasa-Sheck provided the inspiration on the stroke of half-time when he plucked a Chanel Harris-Tavita cross-field kick, bringing it to the turf to send his side into the sheds behind 16-6.

In th second half the Warriors refused to roll over. Their determination was rewarded with winger Patrick Herbert crossing from a Peta Hiku pass in the 56th minute.

Soon after, Cleary edged the Panthers to a six-point advantage through a penalty goal. The playmaker looked to have set up the match-sealing try for second-rower Viliame Kikau with 13 minutes to go but the NRL Bunker denied it because of an obstruction in the lead-up.

Penrith were stationed inside Warriors territory for much of the closing stages as they did enough to cling on for the record-breaking win.