All Whites legend Ryan Nelsen is amazed by Chris Wood's achievements in the English Premier League, warning that it is something that we might never see again from a New Zealander. 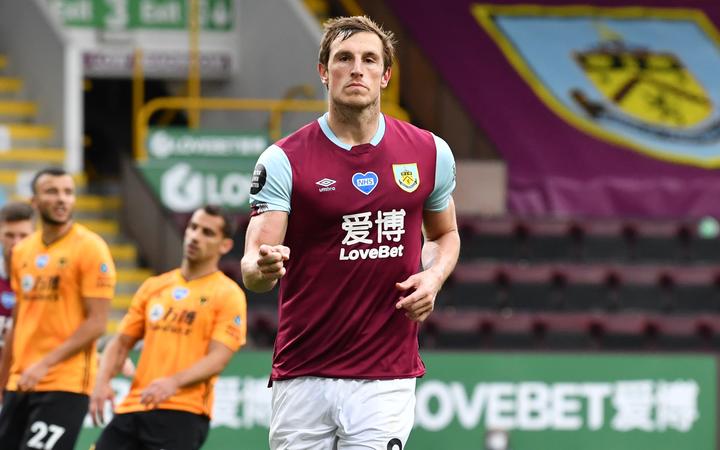 Nelsen also feels that Wood's deeds have been under appreciated locally, with the scale of his accomplishments not fully recognised.

The Premier League season wrapped up last week, with Wood's strike against Brighton taking him to 14 goals for the campaign.

It was the most scored by a Burnley player in the top division since 1976 and more than names such as Son Heung Min (Spurs) and Roberto Firmino (Liverpool).

It was also Wood's third successive season of 10 goals or more, since he joined Burnley in September 2017.

Wood now has 35 Premier League goals to his credit, from 103 games. For perspective, no German player has surpassed that total, while only one Mexican, two Italians and four Brazilians have exceeded the haul of the Waikato product in the history of the Premier League.

"What he is doing is pheromonal," said Nelsen.

"Talk about things that might never ever happen again in New Zealand football. In the hardest league in the world, for a Kiwi to be scoring double digit goals, consistently - it's amazing.

"[He] is doing it in the league that pretty much everybody in the world wants to play in. I can't sing his praises enough."

Nelsen was a Premier League trailblazer. He spent eight seasons at Blackburn Rovers between 2004-2012, with a prolonged period as captain, and rounded out his 198-game Premier League career with stints at Tottenham and Queens Park Rangers.

"It's $NZ50 million Kiwi to just have a talk to him. [Strikers] don't grow on trees; you need to pay a sh*t ton for that type of output and I don't think he gets the credit he probably deserves from the New Zealand football public."

"Maybe they have been a bit spoilt, because the EPL has a wee bit been cracked by New Zealand players, with me and Winston and the other guys."

"If he was the first, it would be phenomenal. [Maybe] they are like, 'oh yeah, another Kiwi in the Premier League, he is doing well, well done."

"[But] no, you might never see this again. Would Wynton Rufer be able to do that in the Premier League? Wynton was amazing so he probably would… but what 'Woodsy' is doing is incredible." 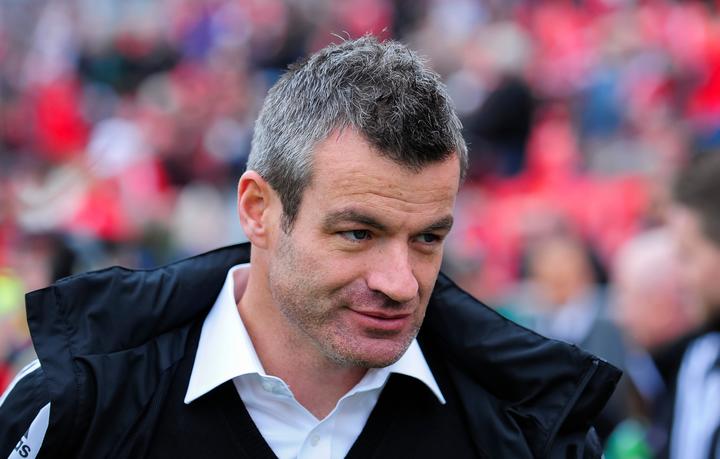 All Whites legend Ryan Nelsen believes Chris Wood's achievements in the EPL may be under appreciated locally. Photo: Photosport

Nelsen first crossed paths with Wood in 2009, when the 17-year-old was called into the All Whites. It was apparent that Wood, then in the West Bromwich Albion academy, was destined for success.

"It was always there with Woodsy," said Nelsen.

"He's six foot three (1.91m), a broad-shouldered guy, pretty quick, pretty good touch and scores with both feet and in the air. He was young but you always knew it was going to happen."

"He works hard with everything off the field and then on the field, of all the boxes you could tick as a striker, he ticks a lot of them."

However, despite his natural attributes, Wood toiled for almost a decade before his Premier League breakthrough at Burnley. He turned out for nine clubs - six on loan - and was a goalscoring success at most of them.

He had a taste of the Premier League after helping Leicester City win promotion for the 2014-15 season, and scored against Everton on the opening day but only made six more appearances, all as substitute, under manager Nigel Pearson.

But after joining Leeds during the following off season, Wood showed his mettle, and quality, scoring 44 goals in 88 games to set up the move to Turf Moor.

"It's one of those things," Nelsen said, who was also a late bloomer, joining Blackburn as a 27-year-old.

"Maybe it's a question he needs to answer himself as to why it didn't happen a wee bit earlier but everyone's journey is different.

"It's never a smooth path and you have to go through ups and downs. Maybe the downs made him tougher, helped him get where he is now."

For his part, Wood has been inspired by the feats of Nelsen and Reid in England.

Wood is also flattered by the regular comparisons to Werder Bremen legend Rufer, the only other New Zealand striker to have scored regularly in a top European league.

"I joined his academy when I was five or six and I've always looked up to him. He was Oceania player of the century and things like that - a fantastic player. What he did in club football was huge so to be recognised as coming up to his level is very nice."