Chris Wood has etched his name into Burnley's record books in style. 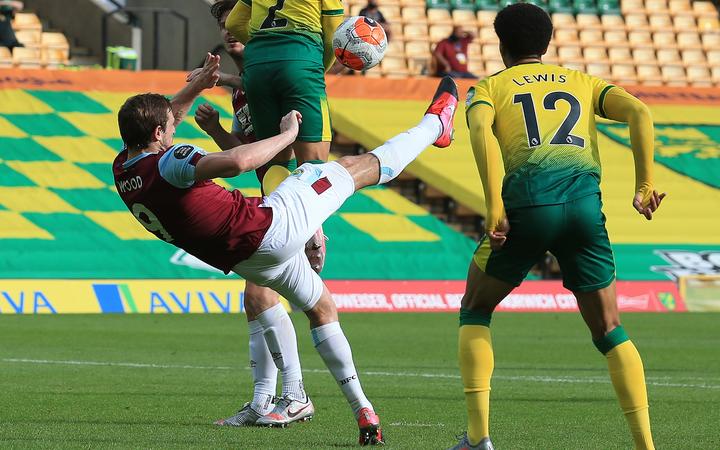 The All Whites striker has scored from a spectacular overhead kick deep into first half stoppage time to help the Clarets to a 2-0 win at Premier League cellar dwellers Norwich.

It's Wood's 13th league goal of the season, the most by a Burnley player in the Premier League.

He's also the first player from the Lancashire club to reach that tally in the top flight since Ray Hankin and Peter Noble in the 1975/76 season.

"Personally it's lovely. You always go out there to score as many as you can so it's nice. Thankfully I popped up with one today to take me to the record," Wood told Sky Sports UK.

"It was a good time to score, just before halftime. Especially when they've just gone down to nine men."

It's also Burnley's record-breaking 15th win of the Premier League.

The Clarets are now level on points eighth-placed Sheffield United and a point ahead of Arsenal, having played an extra game.