Latest - Arsenal ambushed FA Cup holders Manchester City as Pierre-Emerick Aubameyang scored a goal in each half to secure a 2-0 semi-final victory at an empty Wembley Stadium. 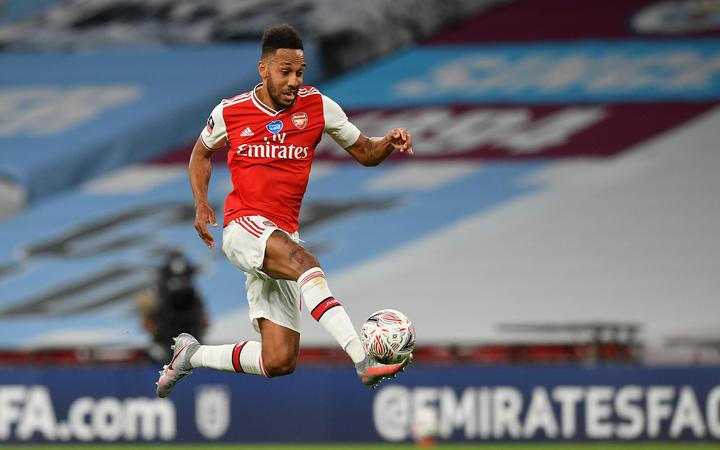 Days after Mikel Arteta's side beat Premier League champions Liverpool, the Spaniard outfoxed his managerial mentor Pep Guardiola as his players executed his plan to perfection.

Predictably, City enjoyed the majority of possession, but Arsenal were gritty and disciplined as well as being lethal on the counter-attack as they reached their 21st FA Cup final.

Standing in the way of Arsenal's 14th FA Cup triumph and a trophy for Arteta in his first season as a manager will be either Chelsea or Manchester United who play tomorrow morning (NZT).

"It was a great result against one of the best teams in the world. We were humble, we understood the way we had to play and we took the opportunities to score," Arsenal defender David Luiz said.

The two-time defending series champion has won the opening night race in Sydney after recovering from an early stumble.

It's McLaughlin's 47th career victory, putting the 27-year-old just one away from equalling the legendary Peter Brock and moving up to fifth in the category's all time win list.

Shane van Gisbergen finished the next best of the New Zealanders in fifth, just behind his Red Bull team-mate Jamie Whincup.

There are a further two races today (Sunday).

Hamilton is favourite to triumph for the eighth time at the Hungaroring and equal a record for most wins at the same grand prix held by retired Ferrari great Michael Schumacher, who won eight times in France.

The pole was his seventh in Hungary, equalling Schumacher's record for that race, and his Mercedes again looked to be in a class of its own after the team won the opening two rounds in Austria.

The six-times world champion said he had not realised immediately the significance of a pole that leaves him 22 ahead of Schumacher, the next best qualifier in the history of the sport.

"It feels very, very surreal...it doesn't seem real to have 90 poles," declared the 35-year-old, who also has 25 more than his Brazilian boyhood idol Ayrton Senna managed in his F1 career.

Frenchman to start from pole in MotoGP restart

Petronas Yamaha's Fabio Quartararo will start in pole position in tomorrow morning's Spanish MotoGP after setting a lap record in qualifying with a time of one minute, 36.705 seconds in Jerez.

The Frenchman broke his own lap record set earlier in the third free practice to finish ahead of Yamaha's Maverick Vinales and Honda's world champion Marc Marquez in a frantic final session in which three riders crashed.

Pramac Ducati's Francesco Bagnaia took fourth spot while his team mate Jack Miller, who was fighting for pole before sliding off at turn 11 during his final lap, will join him on the second row for Sunday's race.

LCR Honda rider Cal Crutchlow missed out on fifth on the grid by a whisker, finishing 0.001 seconds behind Miller.

Eels slump to just their second defeat of the NRL season

The Manly Sea Eagles have stunned the top of the table Parramatta Eels 22-18 in round 10 of the NRL.

Manly held on in the second-half after leading 22-4 at the break.

It means the Eels will relinquish top spot on the ladder for the first time since before the coronavirus shutdown if Penrith beat North Queensland today (Sunday), while the Sea Eagles are up to ninth, just outside the top eight on points differential.

The Newcastle Knights have risen to fourth, three points behind Parramatta, after beating the South Sydney Rabbitohs 20-18 in Sydney, while the St George Illawarra Dragons have beaten the Canterbury Bulldogs 28-22 to sit two points outside the top eight in 11th.

Young New Zealand international Dane Ingham has taken advantage of his first start for the Perth Glory in the A-League.

The 21-year-old has scored the only goal of the game to secure Perth a 1-0 win over the Central Coast Mariners in Gosford.

The Glory are now fifth on the A-League ladder, a point behind the Brisbane Roar, while the Mariners remain rock bottom.

It's Central Coast's 11th straight defeat - equalling the record set in 2005 by the New Zealand Knights.

England fast bowler Jofra Archer has been handed a fine and an official warning by the England and Wales Cricket Board (ECB) for breaching the team's bio-secure protocols but has been cleared to play the third test against West Indies.

England dropped Archer from the team for the second test against West Indies, announcing the decision hours before the start of the match at Old Trafford on Thursday night.

"Following a disciplinary hearing held on Friday evening ... Archer has been fined an undisclosed amount and received an official written warning after admitting to breaching the team's bio-secure protocols on Monday 13 July when he made an unauthorised visit to his home in Hove," the ECB said.

ECB director of cricket Ashley Giles said Archer's mistake could have cost the board "tens of millions" of pounds but England vice-captain Ben Stokes said the team would be there to support the player.

Barbados-born Archer will remain in self-isolation for five days and will undergo two COVID-19 tests which must be negative before his isolation is lifted.

The 25-year-old is expected to rejoin the England squad on Tuesday ahead of the third and final test, which starts at Old Trafford on Friday night.

Play was abandoned without a ball being bowled on the third day of the second test between England and the West Indies as rain fell persistently over Old Trafford in Manchester.

The umpires took the decision at 4 p.m. -- three hours before the scheduled close -- but better weather is forecast for the fourth day.

The West Indies will resume on 32-1, with Kraigg Brathwaite on six and nightwatchman Alzarri Joseph on 14.

They are still 437 runs behind after England declared their first innings on 469 for nine, seeking to level the series after losing the first test in Southampton.

Leeds United were crowned champions of the second-tier Championship after third-placed Brentford lost 1-0 at Stoke City in their penultimate game of the season on Saturday.

Leeds secured promotion to the Premier League on Saturday after second-placed West Bromwich Albion's loss at Huddersfield Town guaranteed a top-two finish and Marcelo Bielsa's side now have an unassailable five-point lead with a game in hand.

Stoke took the lead in the first half when Sam Clucas's shot from range was parried by goalkeeper David Raya into the path of striker Lee Gregory who scored with a simple tap-in.

Brentford remain a point behind West Brom and the fight for the second automatic promotion spot will go down to the final day of the season where Brentford take on bottom side Barnsley while West Brom host Queens Park Rangers (QPR).

Fourth-placed Fulham also joined the hunt for automatic promotion after a 5-3 win over Sheffield Wednesday moved the London side to within two points of West Brom.