Sporting rivalries can span countries or be bitter battles between clubs, but for some the competition is even closer to home.

Families can be divided on game day when siblings - or parents and offspring - find themselves in opposite teams. 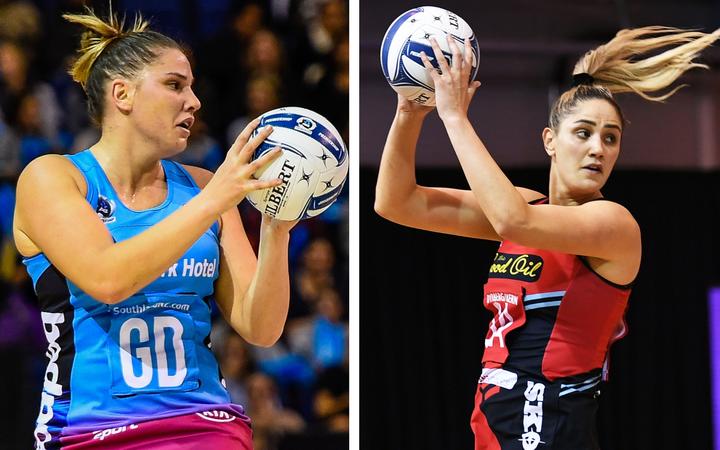 Blue corner or red corner? Family of Te Huinga Reo and Te Paea Selby-Rickit have to chose whether to back the Southern Steel or Mainland Tactix in the ANZ Premiership in 2020. Photo: PHOTOSPORT

On Saturday, two of the three Super Rugby Aotearoa sides with a Barrett brother in the squad, will clash when the Hurricanes and Blues meet for a second time, on Sunday the Gatland family will be split when the Chiefs host the Highlanders and the Selby-Rickit whanau insist they won't be playing favourites when the Southern Steel and Mainland Tactix meet again in netball's ANZ Premiership on Monday.

The Selby-Rickit family have learnt silence is the best form of support.

Hud Rickit and Mereana Selby are big netball fans who can often be found in the stands supporting their daughters - Steel captain Te Huinga Reo and Tactix and Silver Ferns shooter Te Paea - but casual fans of the ANZ Premiership wouldn't know they were there.

"They're seasoned campaigners, you will not hear a word from them when you're sitting next to them at all, either way.

"They might clap at one point but they will never say anything coz they have learnt, the hard way, a couple of times that you can't say anything because you don't know where you're sitting or who you are sitting around at any point."

In fact she says it's unlikely that her biggest supporters would even be wearing any team merchandise.

"If they come down to Invercargill usually if I can get them something warm...or my mum wears a shirt but in Invercargill you have to wear about five jackets over the top of it.

"But in general not really, my mum just wears purple - I'm not sure why, she just loves purple."

If Mereana Selby is spotted in purple this season it could be because it is a mix of Steel blue and Tactix red - and because she is determined to sit on the fence when it comes to supporting her girls.

"It's a bit nerve-wracking I've got to say. We've got to be diplomatic around the girls too, we don't want them to think we favour one or the other, we definitely don't," Mereana said.

"We enjoy the moment, we don't know how long it is going to last in terms of how long their careers are going to be and we really wish them and their teams well."

However, Mereana admitted it was easier when Te Paea and Te Huinga Reo were in the same team.

Te Paea had spent nine seasons at the Steel before moving north to the Tactix this season. Even with a few years away with the Pulse, Te Huinga has also pulled on the Steel dress more than 100 times.

Despite Te Paea having the upper hand after her new side won their first encounter of the ANZ Premiership with the Steel this season, Te Huinga said there was no rivalry between the sisters.

"We never skite or anything when we are playing, once the game is over we sorta get over it and move on to talking about something else," Te Huinga Reo said.

Son gets upper hand over dad on the rugby field, golf course and table tennis table.

Super Rugby Aotearoa has a few brothers playing on opposing sides but only one father and son combination who have gone head-to-head. 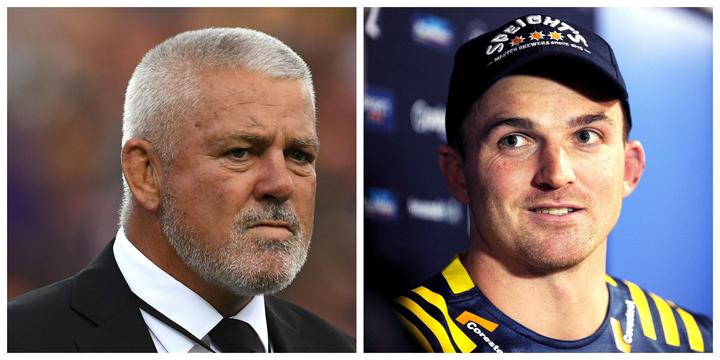 Bryn Gatland's last-minute drop goal heroics to help the Highlanders beat the Chiefs, who are coached by his dad Warren, was a storyline that went around the world following the opening game of the competition.

It was only the second time the Gatlands had been on opposing sides of the rugby field.

The first time was in 2017 when Warren's British and Irish Lions side visited New Zealand and played against the New Zealand Provincial Barbarians which had Bryn at pivot.

Like he did against the Chiefs in mid-June, Bryn had a note-worthy game against the Lions.

"He loves the big occasion I think, and the bigger the challenge he really thrives on that," Warren said.

"There's always been competition with us, in terms of if we are playing a bit of golf against each other, how many shots is he going to give me. When he was growing up we used to get out there and play a bit of table tennis and I'd always let him go okay but made sure he didn't beat me until he was 14 or 15 and then I don't think I've beaten him since so there's always been a bit of rivalry."

Although his family back the Chiefs, Warren knows where he sits when it comes to who the family, including wife Trudi and daughter Gabby, will be supporting.

"He's the favourite son so his mother and his sister are going to be cheering for him, but obviously I've been incredibly fortunate over the years that they've given me so much support so I can live with the fact that they're gonna hope that he does well," Warren said.

"He's still a young man and they want to support him and I understand that. Unfortunately I have to play second fiddle to the favourite son every now and then and particularly when we are up against each other."

Bryn does lean on his dad for some advice about his game but sometimes that is not possible.

"Leading up to a game for me I usually might have a chat to him or the family, but if I'm actually playing against him the conversations end up being a wee bit different. We don't usually talk about rugby or anything we just sorta ask how each other are going."

Warren has strong connections to Waikato. He played 120 games for his home province as a hooker and coached Waikato to the national title in 2005.

Like Warren, Bryn is a Hamilton Boys High School old boy, but unlike his dad he has not had a long Waikato career.

He played one game for Waikato in the 2015 Mitre 10 Cup season before moving to North Harbour, the province he continues to represent now.

Warren would "absolutely" like to see his son pull on the red, yellow and black hoops again.

"He left school and was involved with the squad and then got some opportunities elsewhere so he's a bit like me he's a local Waikato boy, born and bred, and I think he is very passionate about the region but also aware that in a professional environment when you go somewhere else you've got to give 100 percent to where you're going.

"I would have loved for him to have been involved being local, but that is not always the way that you get those opportunities."

Bryn said he was looking forward to getting back to Hamilton this weekend, but he has not been named in the Highlanders squad.

However Warren does want revenge against the Highlanders on 19 July on his home ground.

"Looking forward to that actually, hopefully there is a little bit of payback."

Last year, NBA superstar Steph Curry and his younger brother Seth became the first pair of siblings to play against each other in the basketball competition's Western Conference finals.

The match-up forced their parents, Dell and Sonya, to make some tough decisions about who they would support.

The couple wore split jerseys - with one son's team on the front and the other on the back - and alternated throughout the series.