Phoenix coach Ufuk Talay has guided Wellington to second on the A-League ladder and he's determined to stay there for the finals. 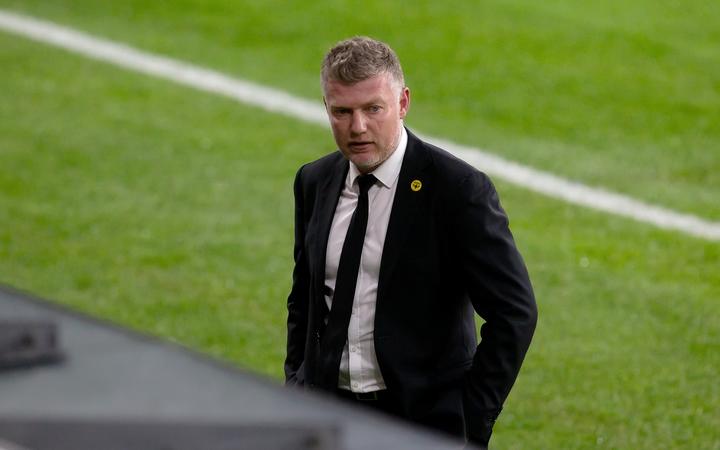 The Phoenix have drawn 1-1 with Adelaide United to move ahead of Melbourne City on goal difference.

Sydney FC's already clinched top spot and a bye in the opening week of the finals and Talay wants the other berth, even though the Phoenix won't be rewarded with a home semi-final.

"We want to finish in the top two. It'll give us the advantage of missing that [elimination] game and give us a chance to recover and get ready for the semis," Talay said.

"That's the big push to get into that second spot because if we play the elimination final and you go 120 minutes we've got to back it up three days later.

"It's a tough ask. I know the boys can still do it but we'll push for that second spot so it'll give us that advantage of having that break."

The Phoenix have played three games in nine days, after a fourth month break, taking four out of a potential nine points.

"Against Perth we were very disciplined and we scored two goals and even tonight we created enough chances in the second-half...to win the game.

"Very pleased with the way they responded you know coming straight back into it and playing three games in a short amount of space."

Talay rested regulars Luke DeVere, David Ball and Cameron Devlin against Adelaide, but, with a more generous schedule to come, will restore his strongest XI for the Phoenix's remaining three regular season matches.

"Now we've got three games to go and there's nine points up for grabs and we're pushing very hard for that second spot.

"We've got a six day turnaround before we play Western Sydney and we'll see how the boys pull up.

"Our destiny is in our own hands now in how we finish the season so for the last three games we'll try to go with our strongest squad possible."