The Wellington Phoenix have risen to second in the A-League after drawing 1-1 with Adelaide United in Sydney. 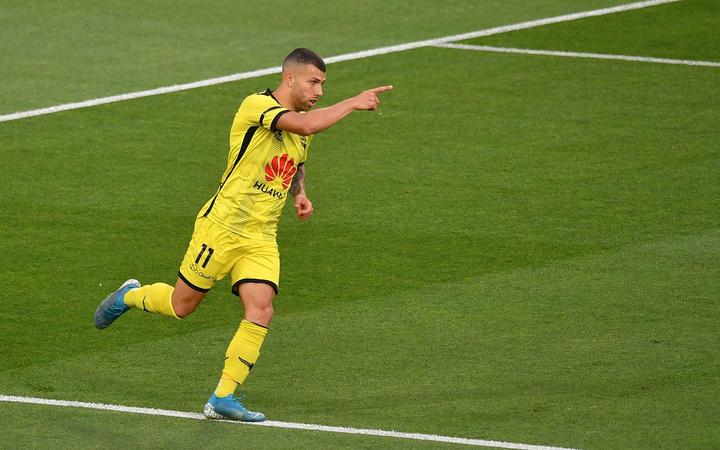 A second-half goal from Jaushua Sotirio has earned the Phoenix a share of the points, but they could have grabbed all three if Ulises Davila had converted a late penalty.

Wellington's now ahead of Melbourne City on goal difference, but 11 points behind Sydney FC, who have claimed the minor premiers' plate.

Phoenix coach Ufuk Talay made a number of changes for the club's third match in nine days.

Regulars Luke DeVere, Cameron Devlin and David Ball were replaced by Brandon Wilson, Te Atawhai Hudson-Wihongi, Sam Sutton and Callan Elliot - the latter three players all making their Hyundai A-League starting debuts as the Nix fielded their youngest line-up this season. Both Sutton (18 years) and Cacace (19 years) are also proud products of the Wellington Phoenix Academy, showcasing the talent pathway the club has built up over the past several years.

The match started with some patient build-up play by the Nix as they looked to unlock the Adelaide defence. The Red's Lachlan Brook was the first to look for his opportunity on goal, attempting a shot from outside the box which was comfortably saved by Wellington's Stefan Marinovic.

After Sutton's attempt at the 13 minute mark - off of a great pass from Alex Rufer - was off target, a retaliatory strike from Adelaide's Ben Halloran was again intercepted by Marinovic.

Sutton and Cacace were unable to convert their chances at goal, before a header attempt by Kristian Opseth at the 40 minute mark was once again expertly saved by Marinovic; the Nix goalkeeper making his presence felt.

Steven Taylor blocked a final Adelaide goal attempt to bring the first half to a close at nil-all. 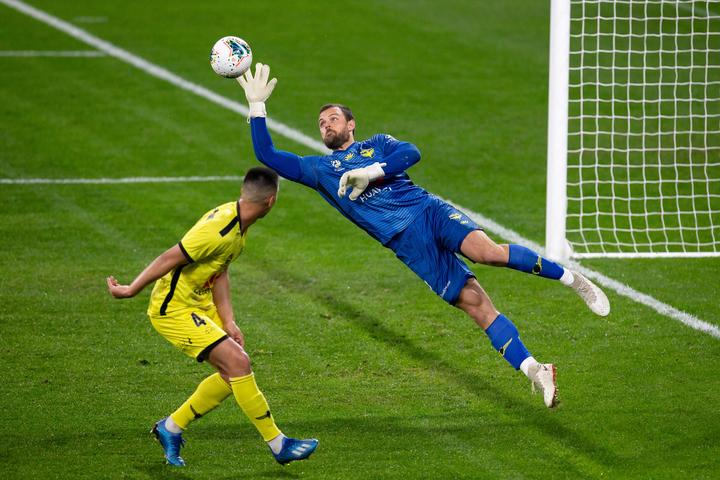 The second half saw the Phoenix come out with an adjusted line-up; Ulises Davila in for Gary Hooper and Taylor off (for the first time this season) for Liam McGing.

The Nix were instantly aggressive on the attack, with Sotirio threatening early around the Adelaide goal and Libby Cacace attempting a strike that was narrowly blocked - the Nix attempting five goals in the first ten minutes of the second half alone.

Yet it was Adelaide who were first to strike at the 60 minute mark; a strong header from Kristian Ospeth off an assist by Halloran to put Adelaide up 1-0.

But the Phoenix would retaliate less than five minutes later. After a strong run into Reds territory, Sotirio saw his initial goal attempt blocked by Adelaide's goalkeeper Paul Izzo, but showed great presence of mind to recover and slot the ball home to tie the match at one all - giving Sotirio his fourth goal of the season.

The Phoenix continued with their punishing attack, with a spectacular goal attempt by Liberato Cacace barely saved by a fully outstretched Izzo, and a pair of chances by Ulises Davila unable to connect.

Wellington would have a chance to go ahead at the 86 minute mark when Adelaide's Mohamed Toure was penalised for tripping, giving the Phoenix a penalty.

But Davila's penalty attempt was stopped by Izzo and the match would end with both sides earning a draw - the final score not at all indicative of Wellington's second half dominance, where they owned possession and racked up 15 goal attempts to Adelaide's five.

The Phoenix will next take on Western Sydney Wanderers on Friday night.