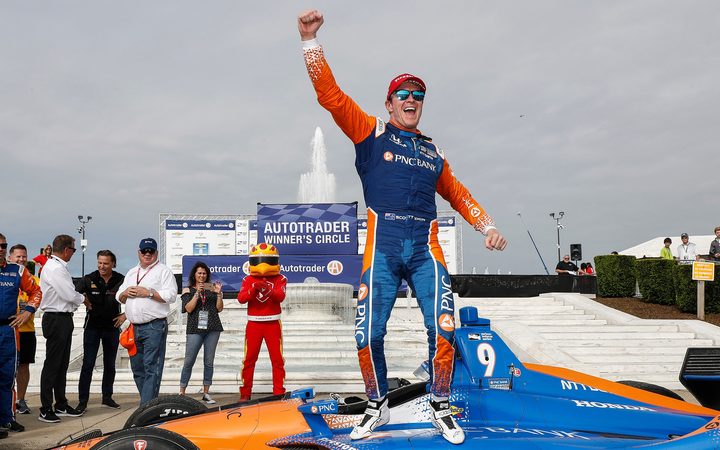 Scott Dixon celebrates yet another win in IndyCar. Photo: Photosport

After winning the opening two races on the 2020 calendar, Dixon made it three from three at the Road America course in Wisconsin today.

The victory, after he was 15th fastest in practice and ninth in qualifying, showed the fighting qualities and class of the five-time champion.

It also moved him within one of 50 career IndyCar victories, just three wins behind Mario Andretti for second on the all-time series list.

"We didn't start the weekend [well]. The car's really difficult to drive but a huge thank you to everybody on the PNC Bank crew. We dialled in a little bit better for the race [but it was] still really tricky," the 39-year-old Kiwi told NBC.

"That was awesome, man." 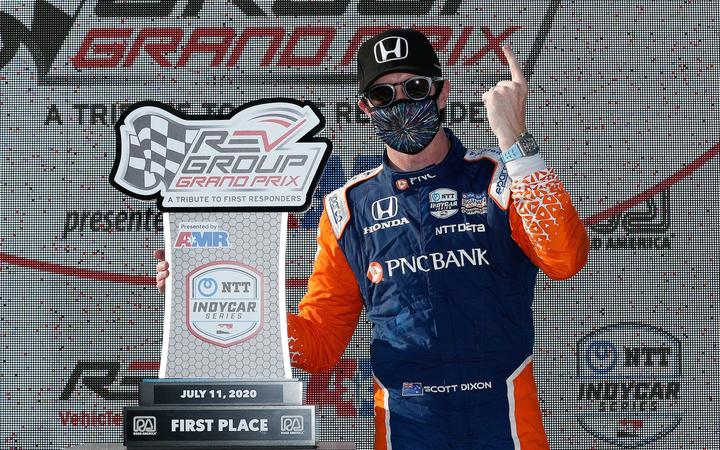 Scott Dixon on the podium in Wisconsin. Photo: © 2020 Phillip Abbott

The result made Dixon just the fourth driver to win the first three races of the IndyCar season.

It was also the third time he had collected three straight victories, after doing the same in the 2007 and 2013 seasons.

"It's not me man. The team just do such an amazing job to cover all the bases.

"We had a lot of changes in the off-season and we're in the business of winning so we've got to win, you know...

"It's so cool to be back at a track with fans and there's tons of them here today so it's really cool to do that, especially where we started."

Despite having to back up in the second of two races at Road America tomorrow, Dixon was still hoping to celebrate.

"I'll see if I can sneak in a couple beers, we'll see what the boss says.

"Maybe we can have a bit of champagne."

Dixon extended his championship lead to 62 points from his nearest rival, Frenchman Simon Pagenaud, with the victory.