Former Indianapolis 500 winner Scott Dixon has tested IndyCar's new cockpit protection device and given the aeroscreen a thumbs up.

The aeroscreen, is designed to protect drivers from flying debris and covers the open-air cockpit.

Five-times IndyCar Series champion Dixon, who tested a prototype on a simulator in July, said the aeroscreen made it a little awkward getting into the car and that drivers may want to allot more time when getting behind the wheel. 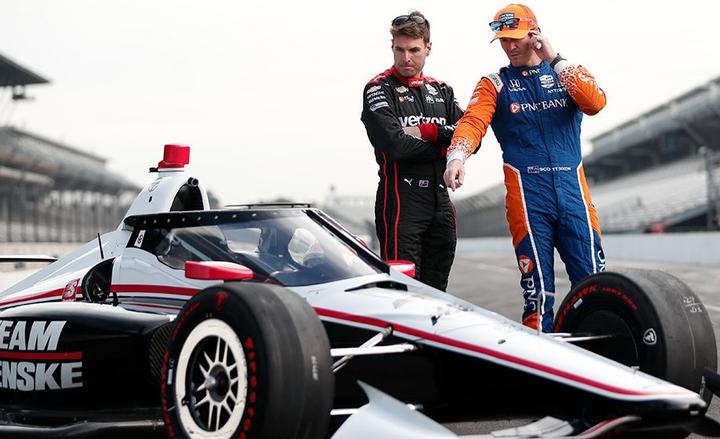 Scott Dixon (right) and Will Power look over the new aeroscreen which is being introduced for all Indycars. Photo: Supplied: Indycar.com

"Ultimately it's just very quiet. I can hear my radio for a change. Normally I can't hear that. So that's kind of nice," said Dixon.

"But yeah, there's actually a lot less load on the helmet, too, so visually there's been really no impairment."

IndyCar has three more tests scheduled over the next five weeks and aeroscreens are to be delivered to all teams before the end of the year and implemented for the 2020 season.