All Whites midfielder Sarpreet Singh has been an unused substitute as Bayern Munich crushed Fortuna Dusseldorf 5-0 to open up a 10 point lead atop German football's Bundesliga.

It's the first time in five months Singh has been on the Bayern bench. 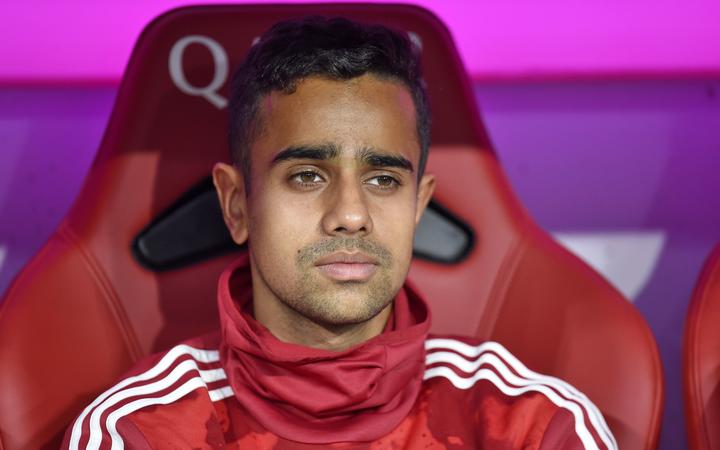 He made one first team appearance for the seven-time defending league champions in December.

As a result of being called on to the bench, Singh didn't feature for the Bayern reserves, who returned to action with a 2-1 win over FC Ingolstadt in the German third division.

Instead he watched on as Bayern Munich took another step towards their 30th Bundesliga title.

Raiders join Eels at the top of the NRL ladder

The Canberra Raiders have sent an ominous warning to their NRL rivals.

The Raiders have continued their unbeaten start to the disrupted season with an impressive 22-6 victory over the Storm in Melbourne.

It's Canberra's third straight win in Melbourne and they now join the Parramatta Eels at the top of the NRL ladder.

After trailing by six at half-time, the Tigers held the Sharks scoreless in the second half to collect their second victory in three rounds.

Cronulla were valiant given the distraction that Bronson Xerri's shock provisional suspension for failing an ASADA drugs test would have had in the lead-up to the match.

Competitive sport in England gets all clear

After a near three-month shutdown, all competitive sport in England can resume from Monday behind closed doors provided strict conditions are met, the government said on Saturday.

The first major live event is expected to be the 2000 Guineas Stakes horse race at Newmarket on June 6. Prior to that the Jockey Club Racecourses plan to hold its first behind closed doors fixture at Kempton Park on Tuesday of this week.

No competitive elite-level sport has taken place in Britain since March when the country went into lockdown in response to the coronavirus pandemic that has now killed more than 38,000 people in the UK.

A document published on Saturday by the Department for Digital, Culture, Media and Sport (DCMS), outlined a lengthy list of criteria that must be met to allow elite athletes and professional sportsmen to resume.

"The wait is over. Live British sport will shortly be back on in safe and carefully controlled environments," Culture Secretary Oliver Dowden said in a statement.

The England and Wales Cricket Board is in talks with the International Cricket Council (ICC) about allowing coronavirus player substitutions in its upcoming planned test series against West Indies and Pakistan.

ECB director of events Steve Elworthy has been quoted in British media saying he hoped an agreement would be reached in time for those test matches, which the ECB plans to hold in "bio-secure" venues in July.

The ICC currently only allows a player to be replaced during a match because of concussion. Under the proposed change, a late substitution would also be allowed on coronavirus grounds. Media reports did not specify how the procedure would work, including whether it would involve testing players.

"I know there are still some considerations from an ICC perspective about a Covid-19 replacement," Elworthy told British media. "That still needs to be agreed."

"This is specifically for test cricket, and we would hope that would be in place well before the test series starts in July."

Austria's health ministry has given the green light to two Formula One motor races on July 5 and 12 - the delayed season-openers - to be held without spectators in line with plans aimed at halting the spread of Covid-19.

The races are due to be held in the village of Spielberg, about 200 kilometres southwest of the capital Vienna.

Formula One organisers earlier this year announced plans to re-launch its delayed season in Austria without crowds and end it in Abu Dhabi in December after races in Asia and the Americas.

Austria is among countries moving ahead with easing restrictions as new coronavirus infections wane.

Formula One's 10 teams will be limited to a maximum 80 people each at the races when the delayed season gets going in July, the governing International Automobile Federation (FIA) said on Thursday.

Clubs in Spain's top two football divisions can hold full training sessions from Monday for the first time since returning to activity after action was halted in March due to the coronavirus pandemic, organisers La Liga said.

"Clubs will begin collective training on June 1 after the government's latest health order on the easing of restrictions," La Liga said in a statement on Saturday.

Teams returned to individual training at the start of May before progressing to training in groups of up 10 players two weeks later and groups of 14 players from last Monday.

The top flight will resume on June 11 without fans attending, with Sevilla taking on Real Betis and with matches potentially to be played every day of the week until the season is concluded on July 19.

All organised football in Spain was provisionally suspended on March 12 as the virus ravaged the country, but the rate of infection has slowed significantly. Thirty-nine people died in the last week compared with a daily death toll in the hundreds a month ago, the health ministry said on Friday.