Four weeks after arriving in Australia indefinitely, the Warriors celebrated their first victory of the NRL season with a record-making 18-0 win over St George Illawarra. 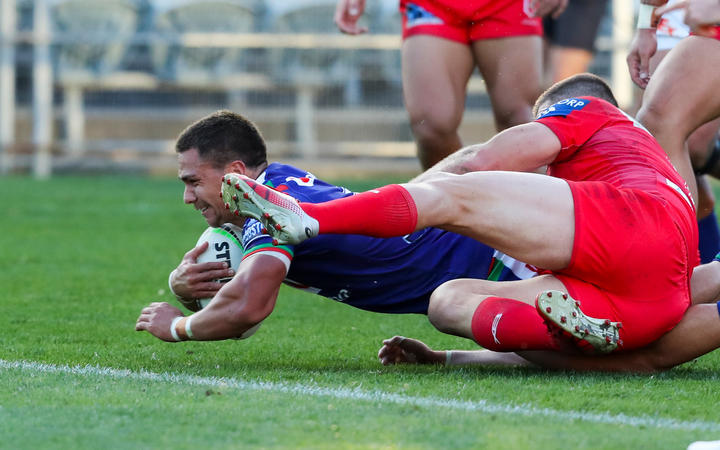 Kodi Nikorima on his way to scoring the third try of the match at the Central Coast Stadium. Photo: Photosport Ltd 2020

Showing no hints of disorganisation or distress given the incredible circumstances of their season so far, the Warriors ran rings around the Dragons with a near-perfect completion rate.

It was the first time in the NRL era a team completed more than 40 consecutive sets - and the Warriors were almost perfect making their first mistake in their 45th set.

The Warriors played as though Central Coast Stadium came with a home ground advantage, a stark contrast to the more fancied Dragons who struggled to fire a shot.

Showing no hints of disorganisation or distress given the incredible circumstances of their season so far, the Warriors ran rings around the Dragons with a near-perfect completion rate.

It was the first time in the NRL era a team completed more than 40 consecutive sets - and the Warriors were almost perfect making their first mistake in their 45th set.

"To be fair, I knew we hadn't made an error but until the end I didn't really take much notice," said Warriors coach Steve Kearney.

"Watching the footy over the last couple of days the takeaway from it was the team that had possession certainly were able to build some pressure on the opposition and coupled with that if you get a six again it magnifies.

"It just worked out for us today, that's probably putting it simply."

Captain Roger Tuivasa-Scheck said the Warriors had been disappointed by two losses first-up before the season was put on hold.

"All the boys have bought into what we've been doing. It does feel good, it was for the whole club."

It's been the tale of the season so far, and the Dragons sit without a win after the first three rounds despite a team stacked with representative players.

Big, young forwards Jamayne Taunoa-Brown and Eliesa Katoa were all the difference for the Warriors, both scoring a try in the first half.

Taunoa-Brown barged over in the seventh minute after Dragons fullback Matt Dufty bobbled the ball under the posts, while Katoa, the 20-year-old former schoolboy rugby union star, made an impact at both ends of the field. 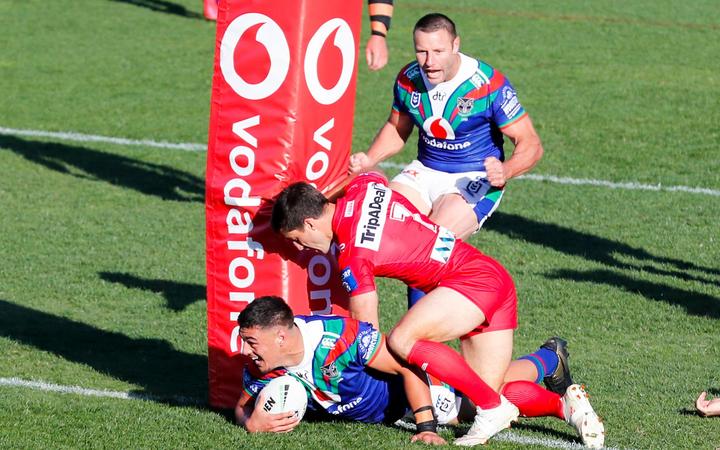 Katoa scored the second try for the Warriors in the 25th minute when he caught a short ball from Kodi Nikorima and ploughed through Ben Hunt on the line.

Minutes into the second half he pulled off a try-saving tackle on the line with Dragons prop Josh Kerr charging to score.

Nikorima scored the third try of the afternoon midway through the second half, darting through a tired Dragons defence to take an 18-0 lead.

Typically, Dragons skipper Cameron McInnes led from the front with 59 tackles but his efforts were spoiled with the ball in hand as the Dragons' attack fizzled.

Halfback Hunt was hampered through the second half with what is believed to be a boil on his leg, which was taped up, but obviously pained him.

In a touch the Dragons stood in the middle of the field and invited the Warriors in to say thanks for the commitment they have shown to the competition by moving across from Auckland.

The loss will put more pressure on Dragons coach Paul McGregor to retain his position after the team finished 15th last season.

The Dragons will play Canterbury on Monday at Bankwest Stadium looking to turn their form around, while the Warriors face Penrith at Campbelltown Stadium on Friday.

There was one hiccup for the Kiwi side. Pita Hiku left the field with a rib worry and three players had to have concussion tests. 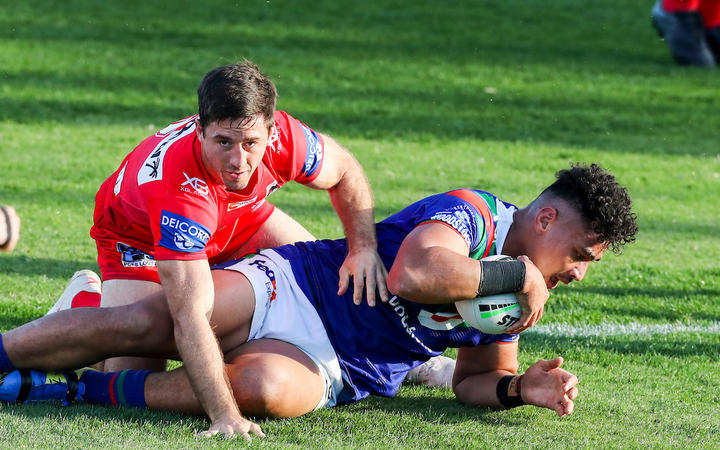